From Scientific American: “The situation may be related to a clash between women’s aspirations and the rigidity of their social environment, hypothesizes study author Rakhi Dandona, a professor of global health at the Public Health Foundation of India and the University of Washington. As India has developed, women have become better educated and more empowered, and arranged marriages have declined. Yet in many aspects of society, women still possess lower status and face barriers to opportunity. Dandona and other experts suspect this disconnect may drive some to despair. Suicide rates are especially high in southern Indian states, where development and social advances have accelerated. In contrast, Dandona says, suicide rates in the rural, more traditional northern states could be lower because women there may have ‘less knowledge that they could actually live a better life.’

‘Deaths that occur due to suicide are also a product of the method that is used,’ says Vikram Patel, a professor of global health at Harvard University, who was not involved in the Lancet Public Health study. In the West, women attempt suicide more often than men, but men typically use more lethal means, resulting in more deaths. In India, however, Patel says that men and women tend to use the same, more fatal, methods.” 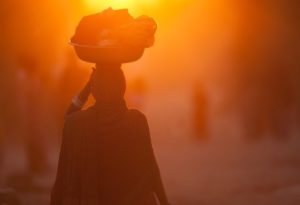