From The Washington Post: “Feeling lonely? Social isolation isn’t just bad for your mood — it can be bad for your health, too. And in a TEDxMidAtlantic talk, Rachel Wurzman says it contributes to opioid addiction — fueling drug use, relapses and overdoses.

Wurzman, a neuroscientist, says she thinks there is a way to make recovery from opioid addiction easier: social connection. That idea is informed by her work with the striatum, a region at the base of the forebrain that helps enable decision-making and is dramatically affected by social connection.

Called the brain’s autopilot, the striatum can also trigger compulsive behaviors, such as repeated drug use. Social isolation leaves the striatum in a hypersensitive state, she says, one in which people are more likely to chase a quick reward. The brain can translate loneliness into literal pain, says Wurzman, and that can have disastrous consequences.

‘If we don’t have the ability to connect socially, we are so ravenous for our social neurochemistry to be rebalanced, we’re likely to seek relief from anywhere,’ she says. ‘And if that anywhere is opioid painkillers or heroin, it is going to be a heat-seeking missile for our social reward system.'” 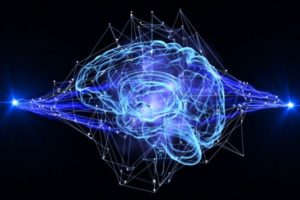