The lead author on the paper is Michele Fornaroa at the University School of Medicine Federico II, Naples, Italy. The article is published online ahead of print in the journal Pharmacological Research. Fornaroa’s conservative estimate, based on previous literature, is that up to a third of people taking antidepressants find them ineffective or find that they increase depressive symptoms. 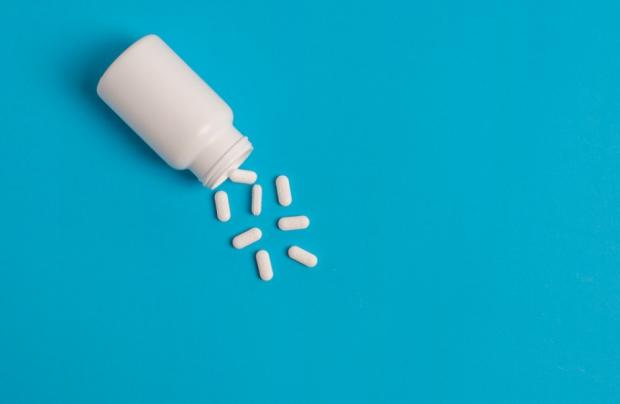 Mad in America has previously reported on studies that have found that antidepressant efficacy is overestimated, that antidepressant use is associated with worse outcomes, regardless of initial depression severity, and that severe withdrawal symptoms are common after discontinuation—particularly after long-term use.

Consistent with this research, Fornaroa and the others write that “a potential detrimental manifestation of long-term treatment with antidepressants may be the emotional blunting phenomenon or otherwise ‘depressogenic’ phenomena.”

“A high proportion of patients receiving SSRIs may exhibit a clinical phenomenon referred to as emotional blunting. Those patients often describe their emotions as being ‘damped-down’ or ‘toned-down,’ while some patients refer to a feeling of being in ‘limbo’ and just ‘not caring’ about issues that were they once cared about. Such adverse aﬀective manifestations may persist even after the symptoms of depression have improved and may ensue in patients of all ages.”

When antidepressants stop working, the common practice of increasing the dose might worsen tolerance effects and lead to worsening depression in the long term. The authors write that this “may exacerbate tolerance and induce chronicity and refractoriness in a substantial subset of patients with MDD.” The authors also note the prevalence of sensitization, in which antidepressant users become more susceptible to side effects over time.

What Causes Antidepressants to Stop Working?

Fornaroa explains: “There is a narrow gap between antidepressants and placebo in acute treatment trials, implying that many people who improve while taking antidepressants are placebo responders. In these people, perceived loss of eﬃcacy may be a loss of the placebo eﬀect.”

Fornaroa and the other authors provide several biological theories of how antidepressants can induce tolerance or otherwise worsen symptoms. They are generally based on the “oppositional model,” which suggests that the brain works in constant adaptation toward equilibrium. That is, as a drug affects neurotransmitter levels, the brain adapts back toward its previous levels.

Patients may be told a now-debunked story of how antidepressants work: someone with depression does not have enough serotonin, and the drugs provide that. However, this does not explain why the drug takes several weeks to begin to “work” for depression. A theory based on the oppositional model is that it is actually reduced serotonin that causes the antidepressant effect.

It is thought that SSRIs can reduce serotonin because when the drug causes increased serotonin levels, the brain adapts by releasing less and less serotonin. Then the brain over-adapts, so that far less serotonin is released than before the medication use. This can also explain the drug-induced adverse effects, as side effects of the brain’s over-adaptation to the drug, reducing serotonin below what is necessary.

Here are some of the specific biological explanations for these effects, as written by Fornaroa:

Problems with the Research

The authors mention that the published research on antidepressant medications suffers from several issues when it comes to the depression-inducing effects of the drugs. They find it concerning that researchers cannot agree on terminology, and have vague criteria for what constitutes these effects.

“There are no univocal operational deﬁnitions for ‘tachyphylaxis’ or other tolerance-related phenomena. Hence, concepts such as ‘pop-up/out’ (response), ‘wear-oﬀ’ (phenomena), ‘depressive recurrence during maintenance antidepressant treatment’ (DRAT), ‘breakthrough’ (depression), and ‘loss of eﬃcacy’ have been used interchangeably and inconsistently in the literature .”

All of these terms are used to indicate that antidepressants have either stopped working or have worsened the symptoms they are intended to treat. Overall, the research on tolerance, sensitization, and drug-induced tardive dysphoria is studied infrequently and poorly, but there is evidence that it affects a large proportion of people who take antidepressants.

The following is the disclosure statement for the authors of this paper: