From the Daily Mail: “Controversial electric shock treatment for severe depression could cause permanent brain damage and ‘should be stopped’, a leading psychologist has claimed.

A review of ten NHS mental health trusts, carried out by Professor John Read from the University of East London, has revealed that one patient in three is given electroconvulsive therapy, or ECT, without their consent.

More than 5,000 British psychiatric patients receive ECT each year and in the wake of the findings, experts are now calling for an urgent review of the therapy, which they say offers no long-term benefits.

Now one mental health patient, a former paediatrician, has told The Mail on Sunday that she was given 21 sessions of ECT in a single year – almost double the maximum number recommended – in an attempt to treat her crippling depression. Dr Sue Cunliffe, 52, claims the treatment left her plagued by constant confusion and memory loss, while loud, bustling environments often leave her so ‘disorientated she was ‘unable to function’.

While now, 14 years on, her symptoms have mostly faded, they persisted for several years following the electric shock therapy.

The mother-of-three from Worcestershire, who has now been forced to abandon her career, said: ‘By the time I finished ECT I was left with an inability to recognise faces, my hands shook uncontrollably and I couldn’t walk in a straight line. I fell over repeatedly and couldn’t walk through doors without bumping into the frames. My speech was slurred and I had word-finding problems. It took me three years to learn to read again.’

Prof Read claims Sue is just one of scores of patients he has come across with similar stories. Health watchdog the National Institute for Health and Care Excellence (NICE) has announced a review of treatments for depression, which may include an update on guidelines for use of ECT.” 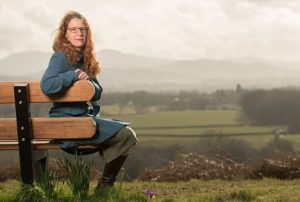