From Lown Institute: “One panelist called the drug a ‘gamechanger‘ and some patients reported feeling hopeful that this treatment would prove more effective for them than existing antidepressants.

However, other researchers are concerned that this panel recommendation represents a further lowering of the bar for clinical evidence, and that the drug is not as safe and effective as the company claims. […]

The agency’s ‘gold standard’ for formal approval is two positive, well-controlled studies. However, J&J presented just one positive short-term trial and a positive randomized withdrawal trial. […] The other two studies presented were negative, although again Turner points out that J&J tried to spin the studies as positive during the panel review.

‘What precedent is set when 2 of 3 shorter efficacy studies didn’t meet the primary endpoint?’ asked panel member Dr. Steven Meisel, system director of medication safety at Fairview Health Services, Endpoints News reports. ‘That’s something the agency has to wrestle with. Do we set a precedent that may be hard to step back from?’ […]

A few doctors on social media noted that J&J has not waited for FDA approval before marketing esketamine. Though drug marketing before FDA approval is illegal, many companies get around this regulation through a loophole — by doing presentations or educational sessions about a condition without mentioning the drug.

One doctor wrote on Twitter about attending a talk about ‘the future of antidepressant treatment’ that turned out to be ‘all about glutamate and ketamine.’ They also showed attendees a cartoon music video about how ketamine works to reduce depression.

Another doctor mentioned that J&J has already been offering lunch presentations on treatment-resistant depression and ‘the role of glutamate in depression’ but did not mention esketamine specifically.

These pre-approval marketing tactics are worrisome. Hiding drug marketing behind informational lectures means that doctors are primed to think of this treatment as positive. Despite the best of intentions from the FDA panel to restrict esketamine use to the indication it is meant for, in the settings it is meant for, we’ve seen time and time again that marketing can lead to non-indicated and harmful uses of powerful drugs.” 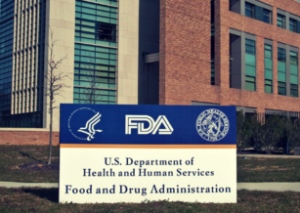