From Psychiatric Times Letters: “We are pleased to see that eminent psychiatrists in the US are beginning to acknowledge and discuss the difficulties millions of people around the world are having when they try to withdraw from antidepressants. However, overall, we fear that rather than ‘Sorting Out the Antidepressant Withdrawal Controversy,’ Drs Pies and Osser have made use of imaginary case-studies, appeals to clinical experience, a biased reading of our recent systematic review, and a selective use of literature, in order to try and reassure professionals that antidepressant withdrawal is minimal and easily manageable—a view that is clearly inconsistent with an evidence-based approach to this issue.

For example, while the clinical experience of just two people (Drs Pies and Osser) is considered valid data for determining what is and is not ‘common,’ the personal experiences of thousands of people who have actually tried to withdraw from antidepressants is characterized as ‘anecdotal’ and ‘extreme.’ In our opinion, when clinicians start from the false presumption that in their clincial experinece a problem is rare, this can become a self-fulfilling prophecy that minimizes the problem in perpetuity. Let us remember, it was the ‘clinical experience’ of most psychiatrsts in the 1960s and 1970s that benzodiazapines were not addcitive, which of course turned out to be wrong. Furthermore, dismissing the lived experience of thousands of people in the online layperson withdrawal community does not exactly endear the profession to those they purport to help, and does not take us closer to solutions to the problems they are describing. […]

About 37 million in the US are prescribed antidepressants in any given month (about 13% of the adult population) and half of those have been taking them for at least 5 years. We now know for certain that millions of people in the US and beyond struggle when they try to come off these drugs. Underestimating the problem is not going to help patients get the accurate information, and the withdrawal support services, they need and deserve.” 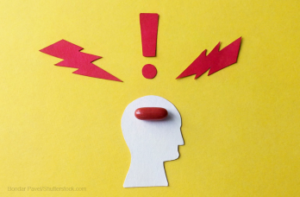