You board a flight for a stated destination, expecting to arrive within six hours. You can tolerate the hardships inherent in typical air travel, especially since you’re motivated by the anticipated result of getting from point A to the more desirable point B. But 12 hours later, the plane you boarded is still stuck on the tarmac because of unexpected and unexplained “mechanical problems.” Had they only informed you ahead of time, you would have made other arrangements. You would have avoided your prolonged misery… and the unforeseen delay in gratification.

Nobody wants to sign up for a complicated and enduring process, either en route to a planned geographic destination or on a personal journey to health and wellness. While these occurrences are relatively uncommon on airlines, they are increasingly prevalent in the world of modern medicine. Antidepressant drugs, for example, are routinely prescribed without informing patients that the exit plan may involve excruciating delays and complex withdrawal.

Withdrawal Can Be a Years-Long Struggle

A new study analyzing withdrawal symptoms for patients coming off of antidepressants was published in the International Journal of Risk & Safety in Medicine. Authored by researchers at three British universities, this particular study focused on the characteristics of withdrawal associated with SSRIs and SNRIs, including time of onset, duration, and the nature of the symptoms.

They studied self-reporting by approximately 173 people using a website that aims to help those dealing with antidepressant withdrawal.

There were some differences in the withdrawal characteristics reported, based on the specific class of antidepressants. Neurological symptoms including “brain zaps”—a sensation resembling an electric shock inside the head—were more common, for instance, among SNRI users. On the other hand, psychosexual/genitourinary symptoms were reported more frequently by SSRI users.

Adding insult to injury, everyone in this study reported a prolonged experience of drug withdrawal.

The mean duration of withdrawal symptoms reported by those discontinuing the use of SNRI drugs was 50.8 weeks—almost a full year. The corresponding length of time withdrawal persisted for those who had been prescribed SSRI was nearly twice as long—more than 90 weeks.

These Drugs Aren’t Yet Fully Vetted

Patient feedback is teaching the reality of psychiatric medication dependence, currently absent from prescriber training, and largely unacknowledged by conventional physicians. Insights around withdrawal complications did not emerge in the published literature until recently, and is not likely to be formally studied by drug production companies themselves. The medical and pharmaceutical community downplays the issue of withdrawal from SNRI and SSRI drugs by labeling it “discontinuation syndrome.” But that’s an inadequate, misleading definition. Studies confirm that withdrawal may occur even without full-blown discontinuation. Symptoms may arise if a dose is skipped, for instance, or when your dosage is therapeutically decreased.

Not only can withdrawal symptoms present themselves, but relapse or recurrence of the original complaint for which the antidepressants were prescribed can occur without root cause resolution interventions in place. But there’s another aspect to withdrawal that is too often ignored…

Patients are Unwittingly Deprived of Self-Empowerment

The patient experiencing the pain of withdrawal stopped taking their antidepressants with realistic expectations. They believed that they would feel better, and regain their sense of independent self.

After all, they aren’t ingesting pills purchased illegally in some back alley from a street-level dealer. They’re under the vigilant care of a board-certified medical professional who has vowed, first and foremost, to do no harm. But despite those reassurances, they find themselves in a world of hurt. They are challenged by a whole host of withdrawal symptoms comparable if not exceeding those experienced by people addicted to alcohol or narcotics.

That experience may convince them that they have failed to heal and can never be well without dependence on antidepressant drugs. They may subsequently experience feelings of self-betrayal for wanting to discontinue the drugs, or shame of failure. With that in mind, it’s no wonder that the unintended outcomes from taking psychotropic medications, and attempting to discontinue them, even include suicide.

There Are Positive, Proactive Alternatives

The ugly, often unspoken truth is that these medications are habit-forming and debilitating. The withdrawal symptoms they precipitate can potentially undermine your ability to commit to the process of healing with a positive and determined attitude of self-empowerment. That increases the risk of relapse, which is why psychiatrist Peter Breggin called drug withdrawal programs “the most urgently needed intervention in the field of psychiatry.”

Patients need to be fully informed of the inherent risks of these drugs, and the adverse impact of withdrawal. Otherwise they are robbed of their ability to gain objective perspective and reframe the experience with a view toward sustainable healing.

There are positive alternatives, and ways to improve physical, emotional, and spiritual resiliency through an upfront commitment to a healing protocol. Mindset is a key factor in the medication taper and withdrawal process. The patients I’ve worked with have dramatically reduced the time it takes to discontinue their meds, while significantly reducing the withdrawal symptoms and coming to know a new and vital person beneath the prescriptions. When more people are informed about psychiatric medication withdrawal and what might be required to navigate it safely, they can overcome their challenges without the additional burden of severe, unintended withdrawal symptoms. 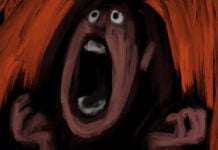 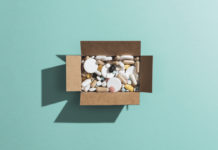