From Ketil Slagstad in the Journal of the Norwegian Medical Association: “Medicine is politics. Per Fugelli wrote: ‘Health equals biology x culture x politics squared.’ Policy design is not exclusively reserved for parliamentary assemblies, it also very much takes place in public life. Norwegian social democratic society, which is characterised by relatively egalitarian relationships and a high degree of trust in the authorities, emerged as a result of a willingness to enact strong governmental regulation – but also from a broad civic culture.

Medicine is power. The health services accompany us from cradle to grave, and the way in which we perceive our bodies and ourselves is largely defined by modern medicine. We doctors therefore wield a lot of power by force of our knowledge and position. Medical knowledge is used for the benefit of society. On the other hand, a democratic problem arises when the politicians abdicate in favour of expertocracy in matters related to health: policies are designed before they have been deliberated publicly and in parliamentary bodies. This further concentrates the power of medical expertise. Power should be opposed by a countervailing power, in this case by a broad and informed public. In light of an increasing sub-sub-specialisation and fragmentation of the doctor’s role, we doctors may easily resign from public debate as soon as topics that do not concern our own little niche are brought up. In addition, we are marked by an authoritarian and patriarchal culture that have not favoured doubt and public argumentation.

Could it be that we as doctors are not being sufficiently trained in public debate and are unaware of its democratising function? As a medical student a decade ago, I noticed how critical discussion, argumentation and the doctors’ responsibility for informing the public were absent from the curriculum. […] Participation in public debate should not be the preserve of individual, committed doctors, it should rather be included as a part of the personal formation for which the medical faculties are responsible.” 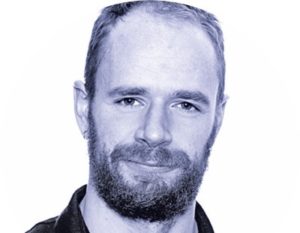