From The Advocate: “Richard Green, a longtime LGBTQ ally who was one of the first psychiatrists to speak out against the labeling of homosexuality as a mental disorder, has died at age 82. […]

In 1972, early in his career, Green wrote an article in The International Journal of Psychiatry taking issue with ‘the premise that homosexuality is a disease or a homosexual is inferior.’ The following year, the American Psychiatric Association dropped homosexuality from its list of mental disorders.

‘Those were times when, if you spoke up in support of homosexuals, people immediately thought that you were secretly homosexual yourself, or had unresolved sexual issues,’ Jack Drescher, a clinical professor of psychiatry at Columbia University, told the Times. ‘Richard was very much heterosexual, and it took a lot of courage to argue for gay people.'” 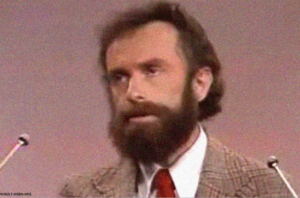