From Quillette: “In the 1970s, Ivan Illich, a philosopher, wrote a book called Medical Nemesis (1974). Illich’s thesis was that medicine had become a major threat to health. His bombastic prose and eccentric personality made his ideas easy to dismiss at that time. Yet now, with the expansion of the medical-industrial complex, including ‘personal’ health devices, Illich’s ideas deserve another look. Could he have been prescient?

Illich described three ways the medical establishment has brought harm, or iatrogenesis, to society. Jim’s case illustrates the first type of iatrogenesis: direct clinical harm. But Illich taught that direct clinical iatrogenesis is not the worst form of harm. The expansion of digital health will endanger society in more pernicious but devastating ways. . .

Illich believed medicine’s greatest sin was a cultural iatrogenesis—an indirect sickening power or a health-denying effect. He thought that true health required adaptation. Healthy people adapt to ageing, to healing when damaged, to suffering and then to the peaceful expectation of death. But medicine’s metastasis into culture has dire consequences:

By transforming pain, illness, and death from a personal challenge into a technical problem, medical practice steals the potential of people to deal with their human condition in an autonomous way and becomes the source of a new kind of un-health.” 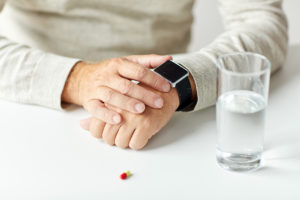