From The Herald: “The use of dangerous techniques such as chemical sedation and physical restraint to control ‘mentally ill’ patients has tripled in some parts of Scotland despite moves to clamp down on the practice, shocking new figures show.

A Herald on Sunday investigation can reveal face-down restraint, where psychiatric patients are pinned to the floor, was used more than 2000 times last year.

And rapid tranquillisation, where a patient is either given oral medication or injected with a sedative, has also risen dramatically since 2016 in the four health boards which recorded its use.

Face down restraint is considered the most dangerous type of intervention because it can result in compression of the chest and airways and put the person being restrained at risk.

In 2014, the UK government described it as ‘outdated’ and invested £1.2m in training for NHS staff south of the border to cut down on its use.

However our investigation has found that some patients have been restrained in this way more than 15 times in a single year – an average of at least once every three weeks.” 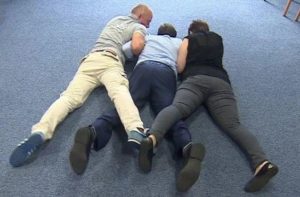