From The Guardian: “In 1967, a young Hungarian refugee sent to live in Britain planned on ending his life. ‘At 16 I was a very depressed adolescent, I had suicidal ideation, I had suicidal plans,’ Peter Fonagy recalls. ‘If I was assessing myself now I would be very worried about me, because I knew exactly how I was going to do it.’ […]

Fortunately, a neighbour recognised that Fonagy was in trouble and the boy, who would go on to become one of the most high-profile child psychologists of his generation, was sent to the Anna Freud National Centre For Children and Families in Hampstead, north London, for help. […]

‘The therapist who saw me could see beyond the struggles and see another person, see they had certain competencies and capacities, and that, if you removed some of the inhibitions, the self-defeating behaviours, and got access to my more positive side then I could do quite well,’ Fonagy remembers. […]

In a remarkable personal journey, Fonagy, 66, is now the centre’s chief executive and will this week preside over the official launch of its new campus in King’s Cross, a move that has seen it wave goodbye to its historic Hampstead location and its deep association with psychoanalysis.

Today, psychoanalysis will be just one discipline used at the new centre, at the heart of which will be a school for pupils excluded from mainstream education so, as Fonagy puts it, ‘we can’t avoid the meaning of what we are trying to do.’

Bringing together three former sites, it will carry out some of the largest ever randomised controlled trials on mental health and will house experts in neuroscience, mental health, social care and education as it seeks to improve global understanding of child development.” 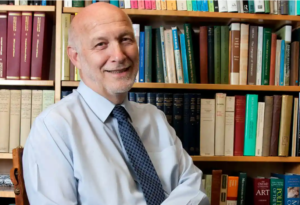