From WNYC Studios: “Last week, an attorney announced 220 new victims of childhood sexual assault at the hands of the Boy Scouts of America. The institution is grappling with a wave of new accusations and is considering filing for Chapter 11 bankruptcy as a way to cope with the potential financial fallout.

The accusations come at a time when states around the country are considering extending statutes of limitations for crimes like these, which have historically been very short.

For organizations like the Boy Scouts and the Catholic Church, who have covered up sexual assaults against children for decades, the effort to extend statutes of limitations could give more victims fresh opportunities for justice.” 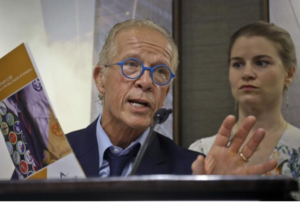