From TIME: “The United Nations’ health agency approved a resolution to remove ‘gender identity disorder’ from its global manual of diagnoses, in a move that will have a ‘liberating effect on transgender people worldwide,’ says Human Rights Watch. According to the newly-revised version of the International Classification of Diseases (known as ICD-11), published by the WHO, ‘gender identity disorders’ have been reframed as ‘gender incongruence.’ Gender nonconformity is now included in a chapter on sexual health, rather than being listed with ‘mental disorders’ as was the case previously. Activists are now hoping that the ICD-11 will be implemented by the WHO’s 194 member states over the next three years . . .

‘When you have a system that sets up someone’s very existence and identity in a diagnosis as a mental health condition, that feeds an enormous amount of stigma and drives people away,’ Kyle Knight, researcher in the LGBT rights program at Human Rights Watch, tells TIME. ‘We have interviewed transgender people in Japan, Kazakhstan, Ukraine and Indonesia to name a few countries, and they don’t even want to begin to undergo the process of legal recognition because it requires them to go see a psychiatrist who will tell them they have a so-called mental disorder; something that they don’t feel corresponds with their own reality. People don’t feel like their gender identity is something diagnosable or needs a diagnosis.'” 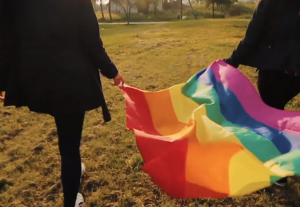