From Bloomberg: “The U.S. is in the midst of a mental health crisis. In 2017, 47,000 Americans died by suicide and 70,000 from drug overdoses. And 17.3 million adults suffered at least one major depressive episode. The Mental Health Parity and Addiction Equity Act, a landmark law passed more than a decade ago, requires insurers to provide comparable coverage for mental health and medical treatments. Even so, insurers are denying claims, limiting coverage, and finding other ways to avoid complying with the law.

Americans are taking to the courts to address what they see as an intrinsic unfairness. DeeDee Tillitt joined one lawsuit in 2016, months after she lost her son Max. He’d been an inpatient for three weeks at a treatment center to recover from a heroin addiction and seemed to be making progress. His addiction specialist wanted him to stay. United Behavioral Health, a unit of UnitedHealth Group, the nation’s largest insurer, declined to cover a longer stay for Max. Reluctantly, his family brought him home. Ten weeks later, Max was dead of an overdose. He was 21 . . .

Still, winning legal cases does only so much to change industry practices. The United Behavioral Health suit, for example, won’t result in punitive damages for the insurer, because it was brought under a labor law, ERISA, which doesn’t allow them. ‘Basically, there’s an incentive for managed-care companies to do the wrong thing, because they know that at the end of the day they don’t stand to be punished monetarily,’ Bendat says.” 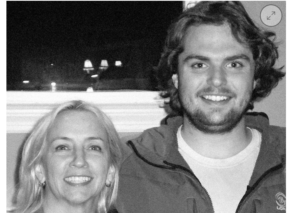