From the Council for Evidence-Based Psychiatry: “Following campaigning by CEP, the All Party Parliamentary Group for Prescribed Drug Dependence and numerous members of the #prescribedharm community, the Royal College of Psychiatrists has today changed its position on antidepressant withdrawal. It has issued a revised policy statement updating its guidance to doctors, and calls upon NICE to update its guidelines as well. This follows many months of work by CEP and its members, including the publication of research which indicates that antidepressant withdrawal is more widespread, more severe and more long-lasting than suggested by current guidelines.”

From Psychology Today: “Doctors across the United Kingdom will soon be told to warn millions of patients taking antidepressants that ending treatment can cause ‘severe’ adverse effects and last much longer than previously advised.

‘We are currently updating our guidelines on the diagnosis and management of depression in adults,’ a spokesman for the National Institute for Health and Care Excellence (NICE) told a reporter for the Daily Mail midweek. The newspaper called it a ‘major U-turn’ in policy. After months of reporting by British media on the scale of the problem, with more than 7 million in Britain taking antidepressants (one of the highest among OECD countries), the Royal College of Psychiatrists warned that the effects of ending treatment can, in fact, be ‘severe’ and last for weeks, even months.” 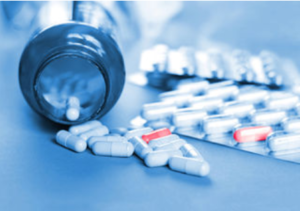