A few years ago when I was directing a Medicaid mental health managed care organization, the irascible senator from Iowa, Chuck Grassley, got a burr under his saddle, as they say in the Midwest, about what the federal government was paying out for psychiatric medications in Medicaid expenditures. And he was able to connect the cost information to individual prescribers.

The two highest prescribing billers were in my area in Oregon. I was shocked for several reasons.

The first was that I had no idea what these figures were because they weren’t in my Medicaid budget. The second was that the highest prescriber was in my area. In one year alone, he had billed $457,000 of psychiatric medications, mostly Abilify. The third—and this was an extremely dismaying shocker—was that he was a child psychiatrist, and so he had been prescribing Abilify and these other drugs to children and adolescents.

I called him up and, in the most polite terms I could manage, asked him what in the hell he was doing. He had become a disciple of Dr. Joseph Biederman at Harvard, who had been spinning a story about how children as young as two years old could be diagnosed with bipolar disease. A good example, possibly, of a local doctor who thought he was doing the right thing.

I didn’t have direct control over him because the funding was excluded from my budget. I did call the program director and asked him what he thought about what this psychiatrist was doing. He told me it was none of my business. And I told him that it certainly was my business because I had a contract with him and the state Medicaid office to see that his program provided quality of care. (A quick lesson here for bureaucrats and advocates: If you start poking around on psychiatric medications, you will get into sensitive spots.)

Soon after, Oregon made a decision to end all of these mental health managed care organizations in favor of their much-touted Coordinated Care Organizations, and as a result, I didn’t have a chance to follow through. But I never forgot that figure and I realized there must have been that reason these Medicaid expenditures were not in my budget. So I did some investigating and learned why: the pharmaceutical lobbyists had done a great job of keeping control of them out of the hands and control of anyone who might try to manage that part of their mental health budget. In Oregon, it’s called “the 7-11 exclusion” of psychiatric medications.

In other words, these expenditures were hidden from the directors of the managed care organizations—the very people that might question such expenditures.

Fast forward to a few months ago when one of the great advocates in Oregon, Kevin Fitts, and I came up with a strategy to update what Sen. Grassley had done several years ago. Kevin made a public information request to the state’s Medicaid office for information on Medicaid spending for psychiatric drugs.

Much to our pleasant surprise, they provided us with the figure. In tiny Oregon, which has only about 1% of the national population, medical expenditures for psychiatric drugs in fiscal year 2017-2018 were $82.2 million for adults, and another $8.7 million for youth 18 and below.

Bear in mind, as we try to figure out spending in Oregon on psychiatric drugs, that this figure does not include medication expenditures for the state hospital (which are state funds, e.g. not Medicaid). My guess is that it will turn out to be about $10 million. The Medicaid number also doesn’t include Medicare or spending by private insurance. Be asking for those figures too. Finally, if we want to tally a state total, we will need to find out the costs of all the psychiatric drugs that are being prescribed in adult and juvenile correctional settings—prisons, jails, juvenile facilities, and other institutional settings.

One additional cost with the prescribing of psychiatric drugs is the easily overlooked factor of the costs of MDs and other prescribers doing “medication management.” This is not a small budget item.

As a way of putting this spending into perspective, my annual budget (admittedly 10 years ago) for all behavioral health services, community as well as state hospital, was about $500 million. Yet, that didn’t include the cost of Medicaid psych drugs ($90 million), or the state’s cost for medications at the state hospital ($10 million). So my best guess is that 20% or more of the state’s annual spending on psychiatric services is for psychiatric drugs, and I think it may turn out to be closer to 30% once we have all the numbers.

What does all this mean in terms of policy? The first thing is that very few policy or program directors probably have any idea how big these numbers are. I think every advocate in the US should request the figures from their state Medicaid offices.

In lieu of that, we can multiply Oregon’s by 100, which means we should be looking at total public expenditures of at least $10 billion for Medicaid payments for psychiatric drugs, and probably more than that.

The next policy implications are that the pharmaceutical corporations must be exposed for what they’re doing to keep these figures hidden. Fiscal conservatives in state legislatures, if they are being true to their cause of efficiency in state government, should also be called to task. That will be a huge challenge.

Finally, once this cost information is known, there are state, regional and local policy changes that are necessary, which would take into account whether this high amount of spending on psychiatric drugs is warranted.

None of this will be simple or quick.

My goal in writing this blog is to get these budget, policy and clinical program issues out into the open for us as “the choir.” And then we need to enlist a lot more people in advocating for a critical review of these expenditures.

At least now, with even this preliminary look at drug expenditures in Oregon, we have a better idea of the high cost of state spending for psychiatric drugs. We can begin to think about how, if we reduced the spending on such medications, we could then put the money to better use for improving mental health care. 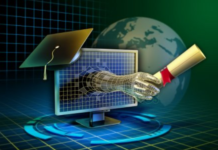 Inside an Online Charter School: Labeling Kids “Disabled” for Profit 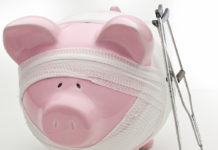 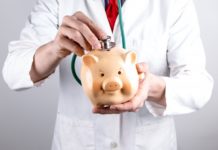