From NJ.com: “Greystone Park Psychiatric Hospital in Parsippany is ‘more like a zoo than a hospital’ and ‘unsuitable for human beings,’ according to one of its psychiatrists.

Another doctor said he saved the life of patient who would have bled to death after slashing her wrists. But to do so, he needed to push past an administrator who told him to ‘go away’ and wait for the ambulance.

A former safety official said he was instructed to falsify records to hide the rising number of assaults against patients and employees at the state-run facility.

Violence, mismanagement and despair have become ‘normalized’ at Greystone, according to the affidavits from six current and former senior staff members who have agreed to testify in an ongoing federal lawsuit against the state, which operates the facility.

On Thursday night, the Office of the Public Defender used the chilling descriptions from these psychiatrists, medical doctors and a veteran fire safety official to try to convince a federal judge in Newark that emergency action must be taken to prevent patients from dying and hurting themselves and others.

The Public Defender is seeking an independent monitor to supervise critical improvements, including restoration of advanced cardiac life support services, adequate supervision for technicians and advance practice nurses, and corrections to fire and safety deficiencies.

‘If this Court does not immediately intervene and issue a preliminary injunction to halt the unlawful and unconstitutional conduct of the Defendants, more people will die from what would otherwise be a preventable death,’ according to the filing.” 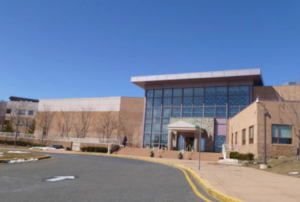