My patients regularly tell me that this is not unique to Blue Cross Blue Shield and happens with most insurance providers. A 2016 survey by the Centers for Medicare and Medicaid Services showed that it’s also a problem with other medical specialties. The numbers, however, never seem as bad for other specialties as they do for psychiatry.

Maybe insurance companies don’t know their lists are inaccurate. Maybe they do but choose not to do anything about it. A more alarming possibility is that some companies intentionally keep the lists inaccurate to save money by preventing access to mental health care. After all, ghost networks benefit insurance companies: If it’s hard to find a provider who takes your insurance, it’s less likely you will access services that the insurer will have to pay for.

That concern may be founded, given other recently revealed strategies used by insurance companies to avoid paying for mental health. As Massachusetts state Sen. Cindy Friedman, who has been working to get insurance companies to improve their provider lists, told me, ‘They’ve known about this for a long time and they haven’t done anything about it. It’s difficult not to assume that this kind of barrier is intentional.’

No matter the reason, ghost networks are unacceptable . . . Every insurance company should be required to keep its provider lists updated so they can’t collect premiums for services they don’t actually provide. Insurers should not profit because they have failed to make mental health care accessible.” 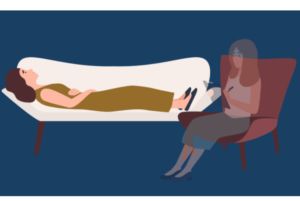