From Bloomberg: “It’s possible that the medicine you’re taking isn’t helping—even if it’s been approved by the Food and Drug Administration. That’s the upshot of a pair of studies in the latest issue of JAMA Internal Medicine. Not good. As an invited commentary in the same issue says, ‘Charging vulnerable patients for drugs without evidence that they actually improve patients’ survival and quality of life is unconscionable.’

One study examines 93 cancer drug uses that were granted accelerated approval by the FDA between 1992 and 2017. Of those, only 19 showed improvement in overall survival. Another 39 showed improvement by a surrogate measure, such as tumor shrinkage. The problem with surrogates is that they aren’t always accurate measures—drugs that shrink tumors don’t necessarily make people live longer. Some of the other drug uses that got accelerated approval were still in a gray area as of 2017 because their confirmatory trials were delayed, pending, or ongoing. Five of the 93 were withdrawn or had their approvals revoked . . .

. . . the invited commentary by Dr. Ezekiel Emanuel of the University of Pennsylvania’s Perelman School of Medicine and two co-authors says that the FDA is leaning too far toward approving drugs without proven efficacy. It cites for example the FDA’s approval of bevacizumab for progressive glioblastoma, an aggressive brain cancer. According to the commentary, ‘the confirmatory trial, with more than 400 patients, reported no improvement in terms of overall survival, quality-of-life end points, or neurocognitive functioning.’ What’s more, almost two-thirds of the patients on bevacizumab had severe to life-threatening side effects.” 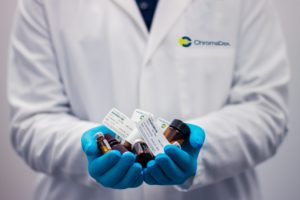