From The Miami Herald: “A jailed and pregnant mentally ill woman was forced to deliver her child alone in an ‘isolation cell’ last month as corrections officers ignored her cries for help, Broward County’s public defender charged on Friday.

In a letter to Broward Sheriff Gregory Tony, Public Defender Howard Finkelstein wrote that North Broward Bureau jail inmate Tammy Jackson began complaining to staffers of contractions at 3:16 a.m. on April 10. By 10 a.m., he said she was lying in her cell by herself holding her newborn daughter.

‘She was forced to deliver her baby alone,’ Finkelstein wrote in a two-page letter that also demanded a review of detention policies. […]

‘It is unconscionable that any woman, particularly a mentally ill woman, would be abandoned in her cell to deliver her own baby,’ the public defender wrote. ‘Your staff did not protect either Ms. Jackson or her child. Despite their neglect and callous indifference, both Ms. Jackson and her child survived. It remains to be seen how this gross negligence will affect Ms. Jackson’s already fragile mental health.'” 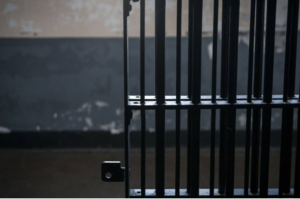