From The Nation: “This surge in the suicide rate has taken place in years during which the working class has experienced greater economic hardship and psychological stress. Increased competition from abroad and outsourcing, the results of globalization, have contributed to job loss, particularly in economic sectors like manufacturing, steel, and mining that had long been mainstays of employment for such workers. The jobs still available often paid less and provided fewer benefits.

Technological change, including computerization, robotics, and the coming of artificial intelligence, has similarly begun to displace labor in significant ways, leaving Americans without college degrees, especially those 50 and older, in far more difficult straits when it comes to finding new jobs that pay well. The lack of anything resembling an industrial policy of a sort that exists in Europe has made these dislocations even more painful for American workers . . .

The precise relationship between economic inequality and suicide rates remains unclear, and suicide certainly can’t simply be reduced to wealth disparities or financial stress. Still, strikingly, in contrast to the United States, suicide rates are noticeably lower and have been declining in Western European countries where income inequalities are far less pronounced, publicly funded healthcare is regarded as a right (not demonized as a pathway to serfdom), social safety nets far more extensive, and apprenticeships and worker retraining programs more widespread.

Evidence from the United States, Brazil, Japan, and Sweden does indicate that, as income inequality increases, so does the suicide rate. If so, the good news is that progressive economic policies—should Democrats ever retake the White House and the Senate—could make a positive difference. A study based on state-by-state variations in the United States found that simply boosting the minimum wage and Earned Income Tax Credit by 10 percent appreciably reduces the suicide rate among people without college degrees.” 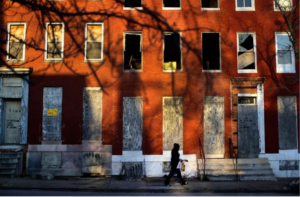