From Science: “The agency’s ‘warning letters’—a key tool for keeping dangerous or ineffective drugs and devices and tainted foods off the market—have fallen by one-third [since Donald Trump took office]. Such letters typically demand swift corrections to protect public health and safety. FDA records from Trump’s inauguration through 22 May show the agency issued 1033 warning letters, compared with 1532 for the most recent equivalent period under former President Barack Obama. Compared with the start of the Obama presidency, Trump-era letters dropped by nearly half.

Warnings from the FDA Center for Devices and Radiological Health, which helps ensure the safety and quality of medical devices, and from some of the agency’s district offices—including Philadelphia, Florida, and New York—have dropped even more steeply, by more than two-thirds. Two district offices have not issued a warning in more than 2 years. The numbers don’t just reflect a new administration’s slow start. FDA sent significantly fewer warning letters in the second year of Trump’s presidency than in his first.

FDA watchers say they can’t pinpoint what’s driving the decline, but they are alarmed. ‘Those who think the Trump administration has not succeeded in its deregulatory efforts ought to look at these data,’ says Peter Lurie, an FDA executive under Obama and Trump and now executive director of the Center for Science in the Public Interest, a Washington, D.C., advocacy group. ‘Industry may well take the message from this that the cop is not on the beat as often’ . . .

Joshua Sharfstein, a health policy researcher at Johns Hopkins University in Baltimore, Maryland, who worked at FDA under Obama, including as its acting commissioner, says he hopes the data found by Science will prompt a closer look at the apparent declines in enforcement, and help clarify what has caused them. ‘The FDA’s enforcement role is extremely important,’ he says. ‘If the FDA isn’t doing enforcement, nobody’s doing enforcement.'” 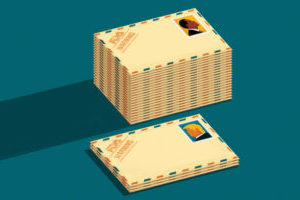