From Radio New Zealand: “What happens when it’s time to stop taking antidepressants? In a significant shift in position, in the last few months the Royal College of Psychiatrists in the UK now accepts that it has not paid enough attention to patients suffering from severe withdrawal symptoms when coming off anti-depressants.

The new stance follows a Lancet Psychiatry paper co-authored by David Taylor, the director of pharmacy and pathology at the Maudsley Hospital in London.

It was over ten years ago that Taylor himself came off medication and experienced withdrawal.

‘That brought home to me the difference between what one might read in a book and how one might actually feel.

‘Although the words adequately express the symptoms, they don’t really give a flavour of the severity of the symptoms or how one feels with those symptoms all in one go.’

He says psychiatrists have always known there’s not a straight-line relationship between the dose and how active the drug is in the brain.

For example, he says, 40mg of Fluoxetine which put you near the maximum activity, at 20mg you might be at 80 percent, at 10mg you might go down to 65 percent. After 10mg there isn’t much space left and the drop would be quite steep – it’s where we need to be careful, he says.

‘The individual person is all important here, because it’s that person who’s experiencing the symptoms so it’s up to them how quickly they reduce the dose and how much of the dose is reduced each time. Very broadly speaking…patients should be looking to half or quarter the dose and then wait for any symptoms to subside completely before attempting the next decrease in dose.’

It might mean for some people it takes weeks, for others possibly years, he says.” 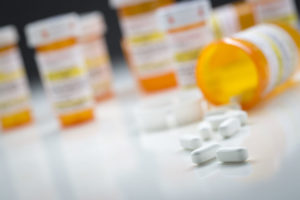