A recent article in Frontiers in Psychology examines the extent to which the Finnish Open Dialogue approach to mental health care aligns with human rights perspectives. The conceptual analysis compares UN-based definitions of human rights with principles associated with Open Dialogue (OD). The authors argue that OD is aligned with these declarations on human rights, in contrast with more traditional psychiatric models, and that OD presents an opportunity for mental health care to redefine itself with these values in mind.

“Various reports have confirmed the severity of human rights violations affecting people with mental health problems in almost all cultures, though there are variations in frequency, intensity, or severity. As a response, various policies and regulations have been established in recent decades, differing from one country to another, and raising various concerns about global disparities.”

“At the same time, around the world, there is a long history of injustice embedded in the mental health care sector, and this provokes the challenging question of how to change current practices, which have been routinized over centuries,” write the international team of authors led by Dr. Sebastian von Peter.

Recent discussion within the United Nations has centered on the harmful nature of some mental health care practices. Rather than focusing on human dignity and individual autonomy around personal wellbeing, it has been argued that contemporary mental health approaches often engage in coercive, discriminatory practices that are demeaning and harmful to the community members they purport to serve.

Figures within the UN and the mental health sector at large have pointed to a number of different human rights violations, such as the more flagrant practices of non-consensual administration of medication, enforced isolation, and restraint, as well as less visible violations related to stigmatizing, pathologizing, and disempowering vulnerable individuals.

The next step for many who voice these concerns involves providing a remedy for the situation, including the necessity of broad systemic change toward forms of care which preserve the dignity and willful autonomy of the individual.

“Thus, essential changes of the worldwide mental health care sector are needed, requiring more than a handful of trainings or a quick modification of practices. Instead, fundamentally new ways of understanding and responding to mental health problems must be established to better comply with human rights policies and regulations,” write the research team.

The current article focuses on Open Dialogue as a promising model for implementing systemic change in mental health care services. The authors state that although OD has received empirical support through cohort and descriptive studies, it has not been examined for its alignment with a human rights-based approach, as outlined by the WHO and the UN’s special reports.

The authors employ a conceptual analysis of OD’s principles and practices as compared with statements on human rights, such as the UN’s Universal Declaration of Human Rights (UDHR) and the UN’s Convention on the Rights of People with Disabilities (CRPD). Additionally, the authors’ analysis is informed by their own clinical and scientific experience with OD.

The authors discuss three main similarities between OD and the UN’s human rights statements. The first similarity relates to what they call OD’s “post-psychiatric” orientation toward crisis. OD moves away from traditional, authoritative institutional values by meeting the patient on their own terms, both literally in the case of home or community-based health care and figuratively in terms of privileging the patient’s own method of explanation and personal vocabulary around their distress.

There is a focus on the distress as a “life event” rather than a medical condition. This corresponds to the UDHR’s emphasis on the individual as reasonable and inherently worthwhile, in that it emphasizes the person’s own abilities to make sense of their situation and collaborate to arrive at meaningful and relevant solutions.

There is also a correspondence between OD and the CRPD’s emphasis on disability as a relational and contextual phenomenon. In OD, mental distress is always understood as embedded within the person’s relationships, economic situation, and other social factors, rather than signaling a “diseased” individual.

“Rather than turning to hospital-based or authoritative interventions, OD directs treatment towards a more patient-determined, open, and everyday life-related procedure. Correspondingly, dialogic practices, i.e., the therapeutic principles, largely focus on meaning-making and an understanding of life-related problems. Central to this is the therapists’ openness towards the patient’s own accounts of their experiences, and their subjective explanatory models. Professional diagnoses or clinical classifications are secondary, whereas the clients’ own language is prioritized during the network meetings.”

A second similarity is an emphasis on treatment conducted within social networks, rather than on a single individual. In OD, the patient’s family and other desired community members are included in the treatment. A shared understanding and language are sought, rather than provided by the clinical staff, and the same is true for possible solutions.

This socially inclusive approach corresponds to the CRPD’s emphasis on open communication and engagement between freely choosing individuals, in opposition to more authoritative modes of psychiatric treatment, which frequently exclude non-professionals from the treatment process.

Additionally, the CRPD’s prioritizing of the context of disability is aligned with OD. Rather than treating mental distress as an individual problem, OD considers it a relational problem, to be discussed and solved within the context of the social systems themselves.

A third and final similarity is the focus on dignity and equality. In OD, therapists are tasked with being responsive and open-minded, rather than instructive. Transparency is one of OD’s highest values, such that clinical staff is asked to share their reflections and treat each member of the group as having an equally valuable perspective. Any imbalance in power should be discussed openly and modified.

All of this corresponds with the UDHR and CRPD’s statements about freedom of speech, belief, and expression. OD attempts to give voice to the patient as well as the contributing members of the treatment group, rather than forcing the patient to understand themselves from within a stigmatizing medical model. Self-determination is privileged as well, emphasizing active and autonomous decision-making on the part of the patient, which corresponds to both UN accounts of human rights.

The authors do acknowledge some limitations to their analysis. They state that this account of OD is “highly idealized,” given how much it draws from written reports of OD’s principles, which are never going to translate perfectly into practice. This is, of course, true of any model of intervention, they add.

They also recognize their own bias, stemming from their enthusiasm for OD. They suggest that their difficulty in finding areas of disagreement between OD and accounts of human rights may be a result of this enthusiasm.

They conclude by stating that more research is needed to understand the impact of OD on rates of coercive forms of psychiatric treatment, such as non-consensual interventions, detainment, isolation, and restraint. This research could show OD as truly accountable to human rights perspectives, as its principles suggest. 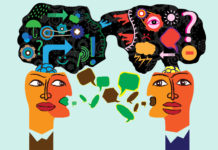 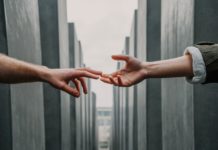