In a new article in Culture, Medicine, and Psychiatry, Dr. Carol A. Kidron of the University of Haifa’s Department of Anthropology and Dr. Laurence J. Kirmayer of McGill University’s Division of Social and Transcultural Psychiatry explore the contradictions inherent in the global mental health movement’s adoption of local idioms in the name of culturally-competent care.

Kidron and Kirmayer find that the gaps between the Cambodian idiom of baksbat (broken courage) and the Euro-Western construct of trauma (to which it has been linked) have resulted in the medicalization of “everyday modes of coping” and missed opportunities to learn from Cambodian approaches to well-being and healing.

The Movement for Global Mental Health (MGMH), a decade-long effort to tackle mental health problems worldwide, has been criticized for exporting Euro-Western psychiatric and psychological interventions without sufficient attention to local cultural context. One response to this criticism by researchers and practitioners has been to incorporate knowledge of local cultural idioms of distress into diagnostic frameworks and treatment.

In their study, Kidron and Kirmayer examine the disconnect between one such idiom that has been adopted in Cambodian formal mental health settings, baksbat, and the Western diagnostic category (PTSD) with which it has come to be associated.

The concept of baskbat was introduced into Cambodian mental health care by a Cambodian psychiatrist, Sotheara Chhim, who sought to account for the lower rates of PTSD seen in clinical care compared to epidemiological estimates. Chhim suggested that lower reports of PTSD were due to a cultural mistranslation of the construct, and came to conclude that baksbat, which is distinguished by fear, passivity, and avoidance after a deeply troubling or life-threatening event, more accurately reflects Cambodians’ diverse experiences of distress following the genocide carried out by the Khmer Rouge regime between 1975-1979.

Chhim developed a trauma-assessment incorporating baksbat which has since been adopted by one of Cambodia’s most prominent (originally Dutch-based) mental health NGOs.

Notably, the researchers found that unlike the expert definitions gathered by Chhim, participant definitions of baksbat did not mention clinical symptomology such as the somatic, fear, or anxiety markers used by practitioners to diagnose PTSD. Instead, participants drew attention to baksbat’s historical roots and close ties to political violence in Cambodia.

Although baksbat, which one participant defined as “being very afraid when something bad happens and doing everything, so it does not happen again,” can apply to nonpolitical life-threatening events, most participants described baskbat as existing in relationship to fear of political violence and coercion in post-genocide Cambodia. One participant stated:

“Baksbat is a state of fear. It is extreme fear or intimidation…. People are afraid to express or to debate with those who have a higher social status.”

Some spoke of how this fear reflected a more broadly-held sense of submission to authority present within Cambodia’s political culture, perhaps even dating back to the long-ago fall of the Angkor empire. Another participant remarked:

“Cambodian people have always been afraid of power. They bow to authority. You foreigners do not understand this.”

Participants also declared that baksbat is not an illness, saying, “Baksbat is not an illness. It’s just a fear. It’s like you’re afraid of a ghost.” Others asserted that baksbat is best addressed by avoiding the thing one is afraid of; that medication is unhelpful for this experience (“We do not need drugs for fear”); and that Euro-Western and hybrid mental health treatments offered by NGOs are ineffective in treating it.

Participants dealt with baksbat by focusing on the present and future through meditation, accessing family and community support, and practical efforts to improve one’s family’s material security. In contrast with Euro-Western ideas about well-being and memory and past-focused psychological methods such as working through or re-exposure, within Khmer ethnopsychology too much thinking (keut chroeun) about the painful past is seen as a source of emotional illness and pain.

“Wellness is dependent on avoiding the presence of the past and its potentially pathologizing effects. As one monk explained, ‘the present is the mother of the future rather than the past.’”

One survivor who lost her husband and child during the genocide stated that she would not go to an NGO clinic for mental health treatment because:

“They give pills can be like poison. They make you talk – makes more sick. I don’t need that. We have meditation, I can speak to Nonchi [female monks]. This helps me very much.”

In closing, Kidron and Kirmayer suggest that it is inappropriate to forge simple linkages between idioms such as baskbat and Euro-Western diagnoses such as PTSD or related concepts such as trauma. Instead, meaningful engagement with culturally rooted idioms, constructs, and experiences will require more extensive ethnographic research to offer “more nuanced accounts of how, when, and where idioms of distress point to or participate in pathology.”

Furthermore, such research can contribute to richer understandings of local modes of coping and resilience, such as those highlighted in the current study. 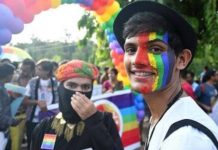 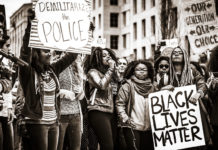 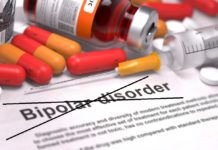