Growing up, Mel Starkman was often bullied in a world that values sameness. He had been born with cerebral palsy, and felt stigma’s lash. And yet he developed the courage to overcome those jabs. Mel was a strong student who enrolled in the University of Toronto in 1960 and, after graduation, became a high-school teacher of English and history at Downsview Collegiate. He also worked as a University of Toronto campus archivist until a mental breakdown ended his career.

Hospitalized in the early 1970s, he was given shock treatments that left him feeling like a ‘zombie.’ Psychiatrists believed he had no chance for recovery, a no-hope prognosis. But Mel’s resolve gave him what medicine could not and he did recover to become a social activist, a writer and, later, an actor . . .

Mel’s child-like enthusiasm and extraordinary intellect helped many more lives than he knew. In 2001, he co-founded the Psychiatric Survivor Archives, a collection of stories from those who have experienced the psychiatric system. He later became a key player in the development of the Edmond Yu Place, a supportive housing project in Parkdale. In 2010, Mel participated in groundbreaking discussions about the voice-hearing experience, and shared his story online.

Until his death, Mel fought against harsh psychiatric treatments and much of this work was done with the Coalition Against Psychiatric Assault. In many ways Mel saw the cracks in our midst, especially the ones right in front of us. He will be remembered for his courage and hope and strength to rise above the stigma he knew throughout life.” 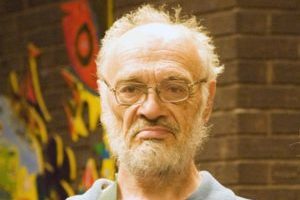