From Yale Medicine Magazine: “The line between ‘mental illness’ and genius has long been known to be razor-thin. Yale researchers stumbled upon evidence of this fragile boundary while researching auditory hallucinations in ‘schizophrenia’ . . .

[Yale School of Medicine brain researchers Philip] Corlett and [Albert] Powers’ journey into the world of psychics began when they resolved to better understand the phenomenon of schizophrenic patients who experience auditory hallucinations, colloquially known as ‘hearing voices.’ The researchers wanted to study people who’d had similar experiences but didn’t seek or appear to need treatment. Thanks to recent research, the pair knew that such people are surprisingly common. As much as 8 percent of the population reports experiencing auditory hallucinations on a regular basis (13 percent hear them at least occasionally), compared to just 1 percent who are diagnosed with schizophrenia. Where to find them? The pair considered charismatic Christians, practitioners of Santeria, practitioners of voodoo, crystal healers, and self-proclaimed druids. None panned out.

One day while riding the bus home, Corlett noticed the large number of storefronts offering psychic readings. Perhaps people who go to psychics would fit the bill, he thought. Powers and Corlett reached out to the president of the American Association of Psychics’ Connecticut chapter, who informed them they were looking for clairaudients—psychics who use voices in their heads to give readings and, the clairaudients believe, communicate with the dead . . .

Corlett and Powers [concluded] that [psychics] hear voices much like schizophrenic patients do, but with key differences—the voices are friendly, they can be controlled, and hearers consider them a gift instead of a burden . . .

One volunteer for the study was Brittany Quagan, who says she first heard voices as a young girl. At 15 or 16, the voices became a serious problem, leading to years of therapy and drug treatment. Her breakthrough came at 21, when a work colleague who was a psychic suggested the voices were evidence of psychic powers, not mental illness. Quagan says she became convinced that her friend was right after Quagan recounted facts about a co-worker’s recently deceased relative to the surprised co-worker.

After her revelation, Quagan says that she quickly gained control of the voices—one is a man, the other a woman with a British accent. She stopped taking medication and turned her life around. She quit her job and began giving psychic readings full time.

The psychics will remain vital partners in their ongoing work, both men say. Powers has gone a step further, he has hired voice hearer and test subject Quagan, who is in the final stages of obtaining her therapist’s license, as his new lab manager . . .

‘Whether what we [psychics] do is real or not, I’m not going to argue,’ Quagan says. ‘We all have different beliefs. But the underlying narrative for all of us is that we found a way to cope. We found a way to work with our experiences. Because of that, we were able to move away from what could have been a downward spiral.'” 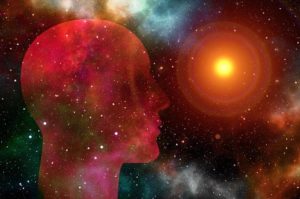