From Psychology Today: “New research using mice [shows] that social stress alters both the composition and behavior of gut bacteria, leading to self-destructive changes in the body’s immune system. If similar biological dominoes fall in humans, it may provide clues about the development of autoimmune disorders that affect an estimated one in five people.

Researchers exposed one group of mice to daily stress (rough encounters with more aggressive mice) for 10 days. Another group was left alone for the same time period. The researchers then analyzed both groups’ gut microbiota and found differences in their bacterial compositions, with the biggest changes in two particular types: bilophila and dehalobacteriaum. Both types have been linked with autoimmune disorders in humans, notably multiple sclerosis.

The researchers followed with a genetic analysis and found genes linked to ‘violent traits’ switched on, which, according to the study, increase growth, movement, and signaling between bacteria and host. In other words, the bacteria appear to have turned into destructive pathogens with enhanced ability to travel through the body and infect tissue.

Further analysis of the lymph nodes of the stressed mice confirmed that connection, finding high levels of pathogenic bacteria and a density of ‘self-reactive effector t-cells’ (immune system cells) that are characteristic of autoimmune disorders.” 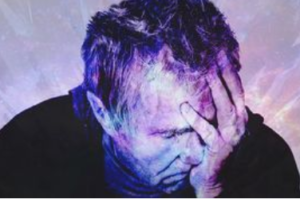