From Mona Delahooke, PhD: “In light of the tidal wave of neuroscience research, I had hoped that by now the fields of education, mental health and juvenile justice would change the way they view and support children and teens exposed to trauma. That hasn’t happened yet . . .

Consider Janika, who was in the foster-care system and suffered from years of neglect. At age 8, she was diagnosed with a ‘conduct’ disorder. She exploded at seemingly random times, hitting her school desk, throwing things or yelling. Her teachers described her attitude as defiant and uncooperative.

Her school team and psychologist tried to help Janika by offering positive reinforcement for good behaviors, but that made little difference. To help understand her behavioral patterns, they ordered a functional behavioral analysis (FBA), then, based on the results, devised a plan to calm her challenging behaviors.

The school arranged for a classroom aide, trained in behavioral management, to carry out the plan, which emphasized a consistent, specific approach, with certain behaviors triggering specific responses from the adults. When Janika displayed desired behaviors, the aide rewarded her with a smile, encouragement or another reinforcer. When she engaged in behaviors deemed ‘non-compliant’ or ‘challenging,’ the aide offered consequences that fell on a spectrum, ranging from ignoring the behavior to removing Janika from the classroom.

When Janika would start a behavior seen as challenging, the aide and teachers ignored the behavior. The plan didn’t allow any kind of ‘reinforcing response’ — even a kind look or reassuring gesture. The assumption was that she needed to learn alternative, more appropriate ways to gain attention.

The result, though, was the opposite of what was intended. Instead of displaying fewer challenging behaviors, Janika showed far more. At first, the school psychologist assured the team that there was a good reason for the increase. She called it an ‘extinction burst,’ a temporary increase in the magnitude of the targeted behavior. But then Janika began a new behavior: hitting her head on her desk so hard that she developed a bruise on her forehead.” 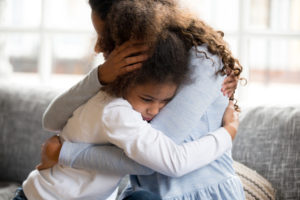