From The Oregonian/OregonLive: “Multnomah County leaders hope a new building they bought earlier this year could finally fill a void that has drawn federal scrutiny and outrage from advocates: Homeless people have no place to go that isn’t a clinic, emergency room or jail.

They want to turn the Bushong & Co. building at 333 S.W. Park Ave. into a walk-in center for the thousands of people in the county who are on the streets and struggling with mental illness and addiction.

County elected and health officials envision a place where people could do laundry, take a shower, use the computer, charge a phone and access mental health services. They also intend to include transitional housing there for people who need somewhere to stabilize their mental health.

The plan will likely take more than a year to realize – not only to design the center but to coordinate with Portland police, health agencies and other crucial players to make it work.

‘If you’re at a point where you don’t know where to turn, don’t have a place to go, experiencing mental health issues, you’re living on the street, where right now can you go?’ said Commissioner Sharon Meieran, a former emergency room doctor who spearheaded a review of the mental health system that called for more peer-run services and other changes.

‘There literally is nowhere,’ Meieran said. ‘You can go to the library.'” 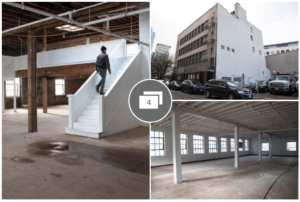