From The Washington Post: “When President Trump targeted mental illness as the cause of the mass shootings in El Paso and Dayton that killed 31 people, federal health officials made sure no government experts might contradict him.

A Health and Human Services directive on Aug. 5 warned communication staffers not to post anything on social media related to mental health, violence and mass shootings without prior approval. That alarmed some government mental health experts who said they felt muzzled at a moment when many Americans were searching for answers to the U.S. epidemic of mass shootings, said three agency employees.

‘To say that scientists and experts who know the data and facts best are not allowed to speak — that’s very concerning,’ said Dominic Sisti, a University of Pennsylvania professor who studies ethics in mental health and psychiatry . . .

An HHS employee who spoke on the condition of anonymity to describe internal discussions said he had ‘no doubt this was meant to prevent anybody from making any statements that might contradict the president . . . it’s not typical’ for the administration to require all social media posts be cleared by senior officials, he added . . .

By contrast, two former senior health officials in the Obama administration said they did not recall ever receiving such a directive after a mass shooting . . .

‘There is this climate of concern whether you can make a statement based on facts,’ said a National Institutes of Health employee. ‘I see people struggling with how to interpret it. What are we allowed to do?'” 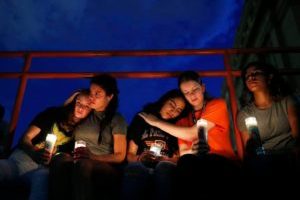