From BBC News: “A second girl has died at a mental health unit for young people where staff face being disciplined for allegedly mistreating patients.

Now it has emerged another girl, also 17, died on 9 August in circumstances yet to be revealed.

In March it was confirmed 13 members of staff were facing disciplinary action over alleged ill treatment of patients.”

From BBC News: “Anna, who was 16 when she was treated at the hospital, said: ‘They’d restrain me face down on the floor; they’re quite aggressive in the way they do it.

‘I was undressed and put in “safe suits” that were often wet and straight off another patient.

‘Restraints were usually done with six people, I’d say most of them were men.

‘Obviously I was a 16-year-old young woman. It was just humiliating and embarrassing. I was completely naked some of the time.

‘I never even knew what I was being medicated with. They didn’t tell me.’

Care at West Lane Hospital has been in the spotlight following the death of Ms Harnett, from Newton Aycliffe, on 27 June.

It is believed she took her own life.

Her stepfather, Michael, said her death happened ‘in a place meant to help her.’

He alleged she was restrained without warning, illegally strip-searched and a male member of staff was present while she was naked.” 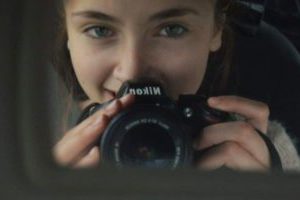