From The Baltimore Sun: “My brother’s face replaced the endless horizon, giving me arms to hold, keeping me from falling off the earth’s edge. Such sibling love and protection would always be there, I wrongly assumed . . .

I probably always knew Robert lived a deceptive life. Yet it has taken me until now, nearly three decades after his death, to fully understand how childhood trauma crept up and destroyed him. Childhood trauma such as we underwent — watching our father, a Baltimore lawyer, charged with embezzlement and thrown from the house — burrows like a grenade. Robert brilliantly camouflaged his ticking agony for 39 years behind charisma and a conventional life.

Nearly a decade after my brother’s suicide, a government study finally documented how adverse childhood experiences — or ACEs — contribute significantly to destructive adult behavior. The Centers for Disease Control and Prevention joined with Kaiser Permanente to release the seminal CDC-Kaiser Adverse Childhood Experiences Study in 1999. In 2012, the American Academy of Pediatrics called for a focused effort to prevent or treat childhood toxic stress. Now, the horrifying situation at the border with children being forcibly removed from their parents has triggered considerably more research into the potential devastating long-term effects of early trauma. This growing focus has the potential to make important strides toward reducing the national suicide rate, the 10th largest cause of death in the United States . . .

We cannot continue allowing such bright lights to flicker and die. Prevention starts in childhood.” 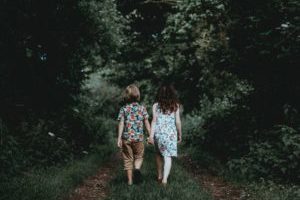