From the Findhorn Foundation: “‘I can’t change.’

For me this belief was sticky, resistant, relentless, hard to find the cure for. My brother had killed himself and I didn’t fit into life any more. I couldn’t seem to find a reason for going forward that would stick with me. After a few days a sense of emptiness always returned. Months of this passed and my confusion hardened into despair.

I was drifting like a ship with a hole in the side, but every time I tried to figure out how to find a sense of direction I would start feeling physically uncomfortable, then get sleepy or anxious. Also, thoughts started swirling in response to the emotional triggers, confirming the sense of helplessness. At some point, I would give up and find some distraction to avoid the sense of overwhelm. But after years of trying to find a way to change, I experienced a systemic constellations session that shifted things for me fundamentally in about two hours.

I have found value in various kinds of therapies as I tried to loosen the knots in me left over from my brother’s suicide. Each brought some kind of help, which I really appreciate. Also, I think each person needs to find a way that works for them personally. The reason I want to share this, though, is that systemic constellations brought me understanding and healing in an incomparably clear, direct and efficient way. No amount of talking, thinking or feeling about the situation brought me the resolution that constellation work did.

I remember waking up a few days after a systemic constellations session and realising I was different. Then I realised that after about 15 years of dragging around a sense of lostness and anguish about my brother’s suicide, I was now feeling a tender stillness in which I was simply holding my love for him.

I remember making coffee and going to work, waiting for the familiar background noise of despair to return. It did not.

As I write now I can literally feel within my body a difference. It’s a sense of relaxed lightness now where before I had a sensation like a tight, heavy knot in my abdomen.

What Systemic Constellations Are

Systemic constellations are not incredibly easy to explain if you have not experienced one. You can bring a question or problem to be constellated. It could be a personal issue, like a difficult family relationship. It can also scale up to the world level and you could look at global warming, for example.

Then the less-explicable things happen.

People in the group take on the role of representatives of the different actors in the issue. This could be the role of the questioner’s father, a hereditary disease or the Amazon River. Simply by holding a focus on the question that the group is constellating, representatives will feel in their physical bodies an appropriate movement to make. They sense emotions or images or gestures that will reveal something about the part of the situation they are representing. In some way they are touching into life’s interconnectedness . . .

Systemic constellations affect all levels of our being. Physically embodying something changes things on more than one level. Talking about issues we have in our lives might help something, thinking about them might also help, feeling strongly about them: ditto. But holistic change only comes when we act.

In a mysterious way constellations allow us to embody the most relevant elements within the situation. (I could refer here to quantum physics or various spiritual traditions, but that would digress too far for this post.) This means that they directly affect us on the level we need change on. It also explains why they easily handled a problem that seemed intractable to me. I had been trying to think my way through something that needed to be felt and engaged with spiritually. As soon as I partnered with the larger energetic system I am a part of, it helped me with the needed answers.” 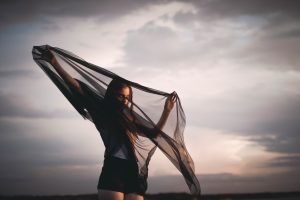