After quitting antidepressants four years ago, I finally have my life back after enduring their debilitating side effects for thirty years. It’s a whole new world: I wake up feeling bright and rested and take pleasure in everyday tasks — I’m functioning again.

Nobody told me what it would be like when I first stopped taking them. My psychiatrist cut me off because she wasn’t prescribing anymore, and I couldn’t find a primary care physician who knew anything about what I was going through. I quickly learned that I was on my own.

The worst is definitely over, but I’m still experiencing some lingering side effects. During the first year off the meds, high anxiety ruled. It has calmed down a lot, but I hadn’t been able to figure out how or why it gets triggered when I go out. I recently discovered that what I’ve been experiencing is not so much anxiety as it is an “over-stimulation” response to sights and sounds.

Ringing/buzzing in my head (tinnitus) has also been a problem. When I first came off the drugs it was severe. Now, four years off the drugs, it has calmed down significantly, but can still be triggered by anxiety. When the hyper-arousal to sights and sounds kicks in and my head starts buzzing, I’ve learned some ways to cope.

When I’m out in the world, I sometimes go into overdrive and think it’s high anxiety, which is a well-known side effect of discontinuation. I’ve been blaming myself for not being able to handle it better, which only makes it ratchet up.

Recently, I read an article about Laura Delano in which she says that she was “overstimulated by the colors of cereal boxes in the store and by the grating sounds of people talking and moving.” That’s what’s been happening to me: ordinary sights and sounds make me shudder or flinch and sometimes even shriek. It’s called “over-stimulation,” which is a much lesser-known long-term side effect of coming off antidepressants.

Harvard Health calls this discontinuing side effect “hypersensitivity to sound,” and I’ve also heard it described as “hyper-arousal.” The National Institute of Health suggests that an “auditory startle response” is part of post-traumatic stress, which I certainly experienced when I woke up after suffering the debilitating side effects of antidepressants for thirty years.

Regardless of what it’s called or where it comes from, I don’t go into high anxiety anymore when it happens — huge relief!

The other day I walked into a large gathering in a small, low-ceilinged room and was assaulted by the loud chatter. I started to shudder (sometimes referred to as a “tic”), but this time I knew what was happening and went out into the hall for relief. When the program started, I rejoined the meeting and was fine.

A year ago I went to a classical music concert and had a full-blown panic attack. I thought my reaction was high anxiety, but now I know it was the “over-stimulation” effect in full throttle — the live, full orchestra sound was just too loud. I went to the same concert hall a month ago, used earplugs (which I now carry with me), and enjoyed every minute of it.

While I was on antidepressants, the ringing in my ears and buzzing in my head were constant. Over the years, I went to several ear, nose and throat specialists who told me it was tinnitus and that there was nothing they could do about it. One suggested hearing aids, but I don’t have any trouble hearing.

In the years since quitting the drugs, it has diminished, but I notice that the buzzing in my head ramps up when I get anxious. To mask the sensations and keep them at a tolerable level at home, I run my kitchen exhaust fan during the day and flip on my white noise machine at night. I’m sleeping better than I have in a long time.

When I was on antidepressants, I existed from day to day with no routines for anything. As I began to reawaken into the real world, I had to re-train myself to do the basics by writing down a daily schedule of when to eat, when to do chores, when to go to sleep. At first I thought it was demeaning for a former bank vice president to have to do this, but it has helped me relearn a daily routine that makes everything else possible.

When the lingering side effects of quitting the drugs kick in, I’ve developed some ways of coping. Every day I take a walk at our little town beach — exercise always relieves my stress and anxiety. I don’t call it meditation; it’s just my quiet time. When my brain gets overloaded, I “go to the beach” in my head, visualizing how the water laps on the rocks and how the breeze feels on my face.

I’ve learned to detect when anxiety is creeping up: I can feel the muscles in my head, neck and shoulders tensing up. Now when it happens, I relax those muscles and sometimes give myself a massage starting at the top of my head and then moving down over my neck and shoulders.

These head/neck and shoulder stretching exercises help defuse my anxiety, and I can do them anywhere. I hold each position for at least five seconds without forcing it and return to a relaxed position between each one:

Then there’s breathing. I’d heard about square breathing, equal breathing and alternate nostril breathing but could never figure out how to do any of them. So, when I get in a jam, I just pay attention to my breathing — I call it 10×10 breathing. If I’m really wound up, I’ll take a few deep breaths to start calming down. Then, breathing normally, I count my natural breathing: 1 on inhale, 2 on exhale only up to ten. I count to ten as many times as it takes to settle down — I do it in the car, at the supermarket or in a room full of people.

Even though I’m dealing with these lingering side effects, I’m grateful I finally have my old self back. I just keep it simple and take it one day at a time. 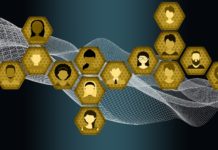 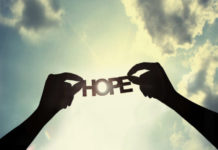 My Ativan Affair and the Aftermath 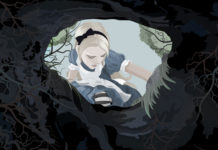