From The Guardian: “Any death associated with the psychiatric system must always be a matter of major concern. But the evidence has long suggested that political and media preoccupations with violence and mental health service users has not been reflected in any major increase in deaths or attacks. The point is not to belittle the problem of violence in relation to mental health but to examine it from broader, fresher perspectives.

Just as modern understanding of disability takes account of people’s circumstances and the barriers they face, so mental health and violence should be re-examined, noting the powerlessness, poverty, racism and other discrimination service users can experience disproportionately.

Drawing on first-hand accounts such as Anna’s, a new book I have co-edited explores how ‘slow violence’ – activity often not even recognised as violence – has been inflicted on mental health service users and people experiencing distress, damaging people over time no less than any physical or emotional assault.

Such slow violence includes public policies that sustain or exacerbate inequalities and poor health for marginalised people, such as gentrification policies that force people out of their neighbourhoods and increase their isolation. It’s also a consequence of psychiatric systems still employing coercion and restraint, in which people are neglected, abused, discriminated against, put at risk and in some cases even die unnaturally.

Far from protecting human rights, many criminal justice systems and laws in areas such as housing, planning and employment push people to the margins of society. Welfare reform policies such as the bedroom tax force people out of homes and communities where they have networks of support into homelessness, poverty and greater distress.

Violence in relation to mental health service users should be seen as a direct consequence of the slow violence of inadequate policy and antiquated treatment.” 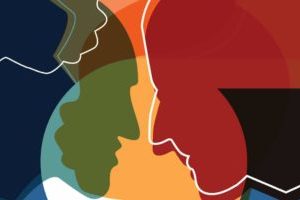