From the Council for Evidence-Based Psychiatry: “In our recent study published in the journal Psychotherapy and Psychosomatics, we showed that adults who start antidepressants for depression are 2.5 times more likely to attempt suicide when compared to those starting placebo. This equates to 1 in every 200 people attempting suicide as a direct effect of taking the antidepressant. This number is significant given that around 7.4 million people were prescribed antidepressants in England alone last year, and given international estimates that suggest around 1 in 20 suicide attempts will end in death. We further showed that the suicide rate is about 3 times higher with antidepressants, but due to the very low incidence rate, we acknowledged that the evidence was weak.

In a response to our paper, Hayes et al. have today issued a critique. Far from undermining our findings, their critique provides us with a unique opportunity to address important issues that were not covered in our original paper, due to space limitations and firm opposition from one reviewer. Their critique also provides us with an opportunity to reassert, on even firmer ground, that our original findings were indeed correct.” 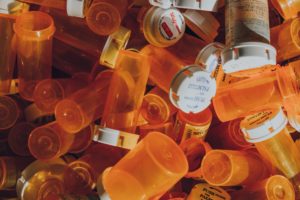