Published in the Lancet Psychiatry, the study comes amid mounting controversy over increased use of antidepressants by GPs in recent decades, with roughly 7.3 million people in England issued a prescription each year.

Its authors said they were ‘shocked and surprised’ by the results, and called for the development of new classes of medication.

However, in the absence of better drugs, they do not want current prescribing practice to be changed because the trial also showed sertraline is effective in reducing anxiety, which often accompanies depression.

The new trial is by far the largest to be conducted without the involvement of the pharmaceutical industry.

It is also the most in-depth examination of sertraline – a type of selective serotonin reuptake inhibitor (SSRI) – in patients with a range of depression severities, rather than just in severely depressed patients in specialist mental health units.” 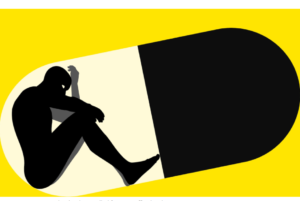