From the International Institute for Psychiatric Drug Withdrawal: “Millions of people around the world are currently trying to come off psychiatric drugs but finding it extremely difficult because of withdrawal effects which are often severe and persistent, and because there is so little support available to come off the drugs slowly and safely.

The 40 international experts attending this weekend’s meeting (end of September 2019) of the International Institute for Psychiatric Drug Withdrawal (www.iipdw.org) voted to endorse the recommendations of the recent Public Health England [PHE] review of ‘Dependence and withdrawal associated with prescribed medicines’ and pledged to try to implement them in the 15 countries they are from, and beyond.” 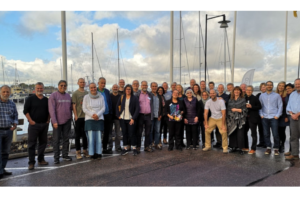