From The Washington Post: “Our emotional intelligence, as opposed to our intelligence quotient or IQ, is the ability to identify our feelings and emotional responses, regulate them, and empathize with others’ feelings, says Marc Brackett, the founding director of the Yale Center for Emotional Intelligence and the author of a new book on the subject.

He says we’ve long underestimated and ignored EQ, especially in kids, instead focusing on academic success and testing them to measure it. Meanwhile, their emotional skills and well-being have fallen by the wayside. But he and other advocates say building emotional intelligence is a straightforward way to enhance physical and mental health, memory, decision-making, relationships, creativity, grades and job performance. And he thinks we’re catching on. The skills are being taught in many schools, typically under the title of social-emotional learning, which broadens it to include things like decision-making and communications.” 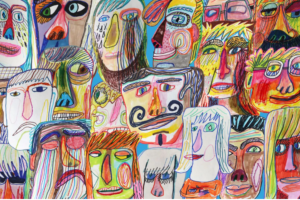