From NPR: “The Food and Drug Administration has gotten faster at approving new prescription drugs over the past four decades, but the evidence it relies on in making those decisions is getting weaker, according to new research published Tuesday.

As a result, there are more cures and treatments on the market but less proof that they are safe and effective.

‘There has been a gradual erosion of the evidence that’s required for FDA approval,’ says lead study author Jonathan Darrow, a lawyer with Harvard Medical School’s Program on Regulation, Therapeutics and Law. As a result, patients and physicians ‘should not expect that new drugs will be dramatically better than older ones.’

Almost half of recent new drug approvals were based on only one pivotal clinical trial instead of the two or more that used to be the norm … And the reliance on surrogate measures — stand-ins for presumed patient benefits — has increased. In the case of cancer drugs, a surrogate measure could be shrinkage of tumors instead of improvements in survival after treatment.” 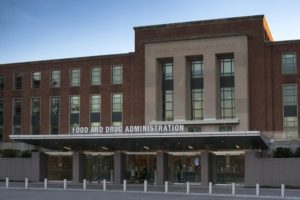