Due to the systemic inequalities in the United States, racial and ethnic minorities have historically experienced disparities in mental and physical health in comparison to White Americans. These health disparities have been difficult to prevent and eliminate, as systemic issues persist. In a recent article published by Translational Issues in Psychological Science, health psychologist Vanessa Volpe and her team provide recommendations for how psychological science can better address these health disparities. 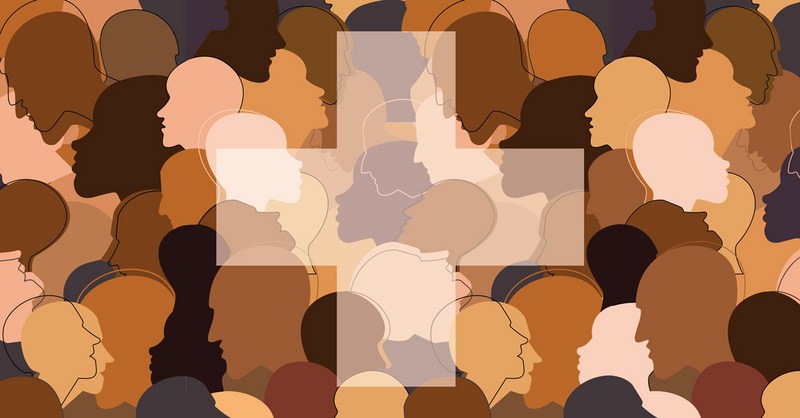 Psychological research has historically focused on the individual experience of racism. For example, there is ample literature on how discrimination is lived, and how different coping styles and the ability to cope with discrimination affect health and well-being. Moreover, to maintain supposed neutrality and objectivity, and to describe the subjective nature of self-reported data, social psychologists have focused on their participants’ individual perceptions of racism and discrimination. The authors highlight how “in the context of discussions of race and racism, the word perceived is accompanied by a history of invalidation of Black Americans’ ’perceptions‘ of experiences with White supremacist structures and agents.”

“The use of ‘perceived’ comes with an added danger of inappropriate emphasis on psychological interventions that seek to alter individuals’ perceptions as the solution to racial health disparities, focusing solely on an individual approach rather than a systemic one.”

Individual interventions that aim to change perception may have positive effects, but, as they alter the perception of those being affected by racism, they do not offer solutions to changing systemic racism, or the diminishing or elimination of racial health disparities.

By changing psychological science’s language, the authors propose changing the way terms and constructs are defined, conceptualized, and operationalized. First, psychologists must depart from the historical tendency to reduce race to biology, as “it is important that psychological science does not seek to replicate essentialist notions of race as biological by examining race as a construct removed from its sociopolitical and theoretical context.”

Instead, race should be understood as a sociopolitical construction. For this reason, race should not be utilized as an independent variable in studies of health disparities. Psychologists should instead use variables that highlight how racialization affects the lives of racial minorities.

Second, psychologists should change the way they conceptualize research about lived experience, as the term ‘perception’ reifies colorblind ideologies and hinders steps towards improving structural issues. Finally, psychologists must also acknowledge the problems of focusing on individual change, and place the terms and concepts used, such as race, racism, and health disparities, in their historical and sociopolitical context.

The authors of this article also suggest moving psychological theories toward integration with Critical Race Theory (CRT) to critically examine and address the causal roots of racial health disparities. By using a CRT framework, psychologists can better understand how the “examination and transformation of racism and power is at the center of any meaningful study of psychological phenomena.”To explore the complexity and pervasiveness of racism in determining racial health disparities, psychological research could benefit from five principles of CRT.

First, understanding that racism is a pervasive form of systemic discrimination, and thus it does not occur in isolation. Second,  considering how different social perspectives and ideologies such as liberalism, individualism, colorblindness, etc., perpetuate racism as it turns it invisible and detracts attention from the causal factors of discrimination. Thirdly, acknowledging how social change for the “equitable conditions” for racial minorities has only been achieved when it favors White Americans.

Fourth, unpacking how racism thrives as Whiteness provides sociocultural, legal, and economic privilege. And fifth, CRT proposes a voice-of-color thesis, which promotes ‘counterstorytelling’ as a way of challenging cultural racist narratives, as the particular experiences lived by people of color concerning marginalization and systemic oppression are made visible.

Research and interventions that focus on reducing individual risk by providing skills and psychoeducation create health narratives that position Black individuals and groups as powerless, uneducated, and unhealthy. Furthermore, they go without examining or intervening at the structural level. Thus, psychological research must change narratives about black health by also acknowledging community and individual strengths, as well as developing community-led narratives.

Psychology’s focus on individual factors, and its lack of appreciation for the historical and cultural context in psychological research, has obscured knowledge creation and interventions that address the cause of health disparities. These guidelines provide ample suggestions on how psychologists can ethically and critically address these disparities by researching and intervening at a structural level.