From Newsweek: “I understand that Bruce Jessen and James Mitchell will be testifying this week at the Guantánamo military commissions about their torture project. Of course they don’t call it that—the methods devised by these mercenary psychologists are, we are told, only ‘enhanced interrogation techniques’—but I have been on the receiving end, and I prefer to be honest.

Even though I am a nobody, a taxi driver from Karachi, I am a ‘forever prisoner’ down here in this awful Cuban prison, 17 years into my detention without trial. If they appear in person, I hope they will stop by my cell in Camp Six. I am still waiting for an apology.

Jessen and Mitchell helped to bring torture into the Twenty-First Century. They formed a company that was paid $81 million to operate the interrogation program that was used on me and others. They have been unapologetic about this—defiant, even. Their lawyer, James T. Smith, says his clients were ‘public servants whose actions … were authorized by the U.S. government, legal and done in an effort to protect innocent lives.’

I doubt many innocent people were saved by torturing me. I was minding my own business in Karachi when I was kidnapped and sold to the U.S. for a bounty by Pakistani authorities, with the assurance that I was a terrorist called Hassan Ghul. The U.S. later captured the real Ghul, but rather than admit their mistake, they took me to the ‘Dark Prison’ in Kabul and applied some of the methods promoted by Jessen and Mitchell.” 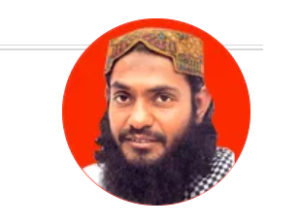