From BPS Research Digest: “For a ‘rich’ country, by global standards, the UK has an awful lot of people who are not. Fourteen million people — one fifth of the population — live in poverty. Of these, four million are more than 50% below the poverty line, and 1.5 million are classed as destitute, unable to afford even basic life essentials.

For children who grow up in poverty, there are impacts that go way beyond the fact of material shortages. ‘Children experience poverty as an environment that is damaging to their mental, physical, emotional and spiritual development,’ notes UNICEF  …

… A 2009 study published in the Journal of Cognitive Neuroscience, of 9- and 10-year-olds who differed only in their socioeconomic status, found striking differences in activity in the prefrontal cortex, which is critical for complex cognition. The PFC response of many of the poor children in response to various tests resembled that of some stroke victims. ‘Kids from lower socioeconomic levels show brain physiology patterns similar to someone who actually had had damage in the frontal lobe as an adult,’ commented lead researcher, Robert Knight, professor of psychology at the University of California, Berkeley.” 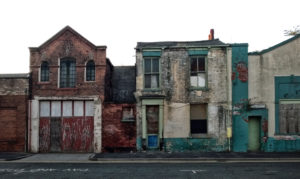