A recent commentary, published in Academic Psychiatry, explores the potential for the structural competency framework to move the debate around global mental health beyond the impasse between supporters and critics. Between the criticisms and defenses of the Movement for Global Mental Health (MGMH), the importance of social and structural determinants of health have gone largely unaddressed.

An international team of researchers led by Amy Gajaria identifies structural competency, developed in 2014 by Johnathan Metzl and Helena Hansen, as a framework that addresses this oversight by training health providers to engage in critical thinking and structural change. Authors of the commentary, including co-developer of the framework, Helena Hansen, write:

“At the moment, neither MGHM nor cultural psychiatry has developed a clear framework to help learners approach the larger socio-political structures affecting the mental health of people in LMICs. We suggest that structural competency could be an option to fill this gap.” 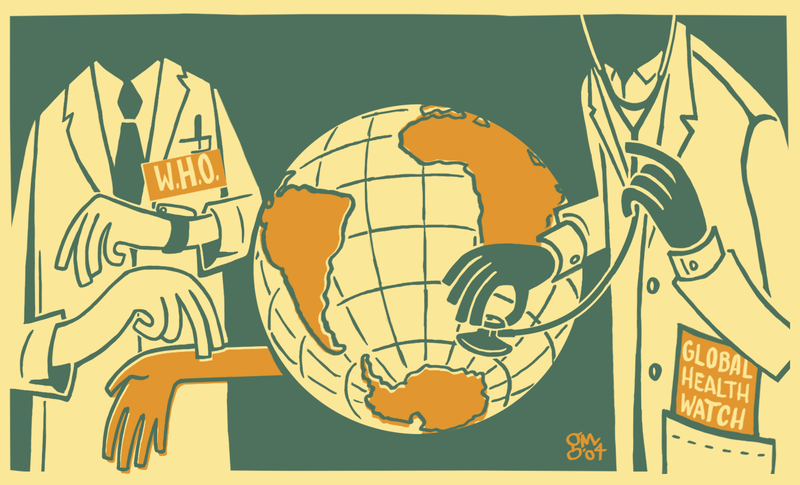 The MGMH has been received critically, by cultural psychiatrists in particular, since its launch with the 2007 Lancet Global Mental Health series. The aims of the MGMH center around practicality, argue Gajaria and colleagues. The overarching mission includes expanding services to low- and middle-income countries (LMICs) and an understanding of mental health within a biomedical framework.

Three primary objectives characteristic of the MGMH mission to modify existing service delivery include: (1) addressing the “treatment gap” between those who meet criteria for psychiatric “disorders” and those actually receiving treatment, (2) “scaling up” treatments by expanding mental health services to a broader population, and (3) “task-shifting” approaches that train lay health workers to provide services typically within the purview of physicians’ expertise.

Cultural psychiatrists, however, approach mental health in non-Western societies through an anthropological perspective. They are among those that have criticized the MGMH for misapplying culture-specific Western treatment paradigms. On a practical level, they argue, overlooking local treatment approaches and perspectives of distress risks not only reducing access to healing but exacerbating mental health conditions.

Gajaria and colleagues point out, however, that both the MGMH and cultural psychiatrists, respectively, structural conditions that contribute to distress have been inadequately addressed. Factors such as institutional racism, economic inequality, war, and other, more extensive, power structures, also referred to as social and political determinants of health, have been understood as phenomena observable at the individual level. The researchers explain:

“Both cultural psychiatry and the MGMH consider the social determinants of health, but have traditionally looked at determinants such as income and literacy without attending to greater political and economic processes that lead to disparate incomes and literacy rates.”

The framework of “structural competency,” write Gajaria and team, “could be an option to fill this gap.” Structural competency refocuses problems as located within a structural, socio-political space. Metzl & Hansen (2014) developed a particular set of knowledge and skills “that equip medical professionals to identify and act on the social and political arrangements that create systemic inequalities in health.” The term “structural competency” refers to concepts such as cultural competence and cultural humility that have grown more popular in the mental health field.

Gajaria and colleagues connect these constructs:

“The concept of cultural humility—which asks clinicians for curiosity regarding the cultural context of their patients, and to collaborate with patients to draw on patients’ self-knowledge, thereby leveling power inequalities between clinicians and patients—has been deployed out of recognition that the model of an omniscient clinician unilaterally exercising knowledge has the potential to reinforce inequalities.”

They go on: “Similarly, structural humility calls on clinicians to collaborate with, and recognize the expertise of, community organizations and professionals in other disciplines while acknowledging the reality that structural change requires patience.”

The structural competency framework encourages health providers to address the structures that influence health. Competency involves taking a critical perspective to determine how structures and systems affect health and then subsequently engaging actively to alter these structures. The team writes:

“Similar to critics of MGMH, advocates of structural competency argue that failing to consider the socio-political context in which patients live misses a vital piece of the mental health of people in LMICs.”

They describe the framework as offering a new way forward by addressing structural concerns in unprecedented ways:

Furthermore, the structural competency framework is amenable to integration within a broad range of training curricula and tailored to multiple types and levels of trainees. Gajaria and team highlight the promise of this approach to attending to complex global issues in nuanced ways. They conclude:

“If addressing structural determinants of mental health in global settings sounds like a big task, it is.” Humility, they argue, will play a critical role in the successful implementation of this framework:

“Humility is particularly relevant to global mental health; it is difficult to fully grasp the social, political, and economic landscape of another region. Global mental health work, and therefore global mental health training, must recognize the complex forces at work in a place, seek the expertise of those with deep experiential knowledge of the community, and collaborate with them in structural interventions.”