From The New York Times: “Doctors, and the occasional friend, kept telling me something meant to be cheering: ‘This is just a disease, the same as a broken bone or a bout of pneumonia.’ As though my antipsychotic could just as easily be penicillin. I’ve heard this statement in one form or another for several decades, since my diagnosis at age 29. I don’t accept this mechanistic view of the brain, which suggests that if you pump in drugs (at levels often determined by drug company-funded research), the cogs will start working smoothly again. This model dismisses patients’ individual experience of medications, which vary wildly. It overwrites their personhood, their lived experience, the degree to which they wish to be medicated. Often at the heart of the medical model is the view that patients are the last to understand their own needs and psyches.

… I am still me in psychosis, and I know in some way my daily perceptions always hold those moments, those birds that speak. I can’t divide myself into the ableist Sick Me and Healthy Me, or Sick Me and Real Me. Someone else can take up those metaphors. I don’t want them.

I also believe that hallucinations hold truth, though a hard truth to stay with for very long. I live the world as alive with a crackling energy, open and porous, full of meaning. I don’t just have delusions when I’m in that state; I re-experience. And the re-experiencing is not totally false. Air does move around us and hold us, walls are temporary, birds give voice. We just normally tune these realities out.

Dorothea Buck was a German woman sterilized by the Nazis because she was given a diagnosis of schizophrenia. She became a lifelong psychiatric activist who argued for the need to accept psychosis as meaningful. Rather than a sick state cut out of the brain by medication, she wrote, it’s a personal experience meant to be understood, even and perhaps especially when treated.” 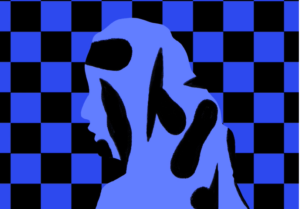