From The Mighty: “Despite lack of efficacy and the many health risks associated with these drugs, such medications often remain a first-line treatment in both general medicine and psychiatry. Common medical practice is mostly predicated on quick diagnoses based on lists of symptoms and the subsequent application of a psychotropic drug(s). Often a doctor or psychiatrist adopts what is called a ‘shot-in-the-dark’ approach to their prescribing.

Specifically, a doctor will begin at the top of the list of ‘recommended drugs’ for a certain diagnosis, prescribing these medications one after the other to see if they help, playing with dosages, and also adding in new psychiatric medications to deal with side effects and secondary symptoms of the original drug prescribed. Notably, the side effects of common psychiatric drugs — fatigue, loss of libido, blurred vision, anxiety, mania and suicidal tendencies — may intensify a person’s mental suffering and can be a major reason why some patients decide to stop taking them.” 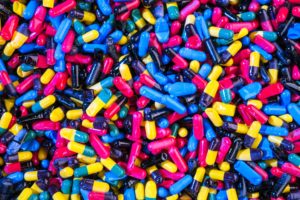