From Psychiatric Times: “Niall McLaren, MBBS, FRANZCP: There is a great deal that ails psychiatry—over-diagnosis, over-treatment, misallocation of resources, consistent breaches of patients’ fundamental human rights, and so forth—and they all go back to the one problem: mainstream psychiatry lacks a scientific framework. It is not a science because it does not have an articulated, publicly available model of its field capable of generating testable predictions. Everybody thinks there is a model, called the biological or medical model of mental disorder, but it does not exist. It is like the phantom biopsychosocial model attributed to George Engel: He argued for the need for such a model, but he did not actually present one. Everybody thinks he did, he talked as though he did, but he didn’t.

A model needs to be set out as a series of internally consistent propositions that generate an empirical research program. Psychiatry does not have one, because we do not have a concept of the nature of mental disorder. This is not just our fault; it derives from the larger philosophical problem that there is not an accepted model of normal mind. When the psychoanalytic or psychodynamic models of mind were shown to be non-scientific, psychiatry retreated to the biological corner thinking it could save us, but nobody has ever shown that we can explain the mind in brain terms. Nor will they ever do it.” 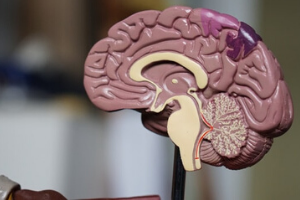