A 90 minute panel conversation and Q&A held on Friday, April 17 entitled “Are We Living in the Most Dialogical Time Ever?”. Part of a series of live Town Hall discussions devoted to Open Dialogue principles. 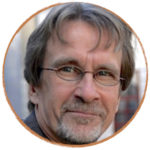 Jaakko Seikkula is Professor (emeritus) in psychotherapy, University of Jyväskylä. Since early 1980s I have participated in developing dialogical, more human and family centred care for most severe mental health problems, as psychosis. I have actively studied the new system of care since the end of 1980s, having the focus both on the effectiveness of the Open Dialogues and on making sense of the dialogical processes.

Being in charge of the research project for Relational Mind, we were looking at the embodiment of dialogues, how do we participate in dialogue with our bodies. I am a family therapy supervisor and have conducted about half of a dozen program for Psychotherapists and about a half of a dozen programs for Trainers in dialogical family therapy, including Open Dialogues.  I am also an active author, writing 12 books, out of which two have been translated in 15 languages. In addition, I have authored or co-authored about 190 scientific papers. 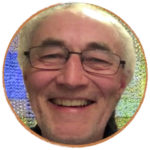 Richard Armitage is a dialogical practitioner and trainer in Denmark at a large center for supported living and rehabilitation. Originally trained as a psychologist and systemic family therapist, he began to work with Open Dialogue in 2005 while training in a relational and network approach with Tom Andersen in Tromsø. Jaakko Seikkula was one of the primary teachers during these 2 years, and Richard has maintained his involvement with this work since. 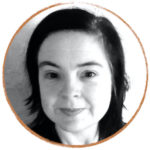 Iseult Twamley is a Clinical Psychologist and Open Dialogue Trainer/Supervisor. She is Clinical Lead of the Irish Open Dialogue implementation in West Cork, which she initiated with a successful implementation grant. Since 2012  she and the team there have been implementing Open Dialogue as part of the Adult Mental Health Service, initially as a pilot and since 2015 as a routine mental health care pathway.

Iseult participated in the first international Open Dialogue 3 Year Training (based on the Finnish model)  in ODUK where she was trained as a Trainer. Iseult’s experience in Ireland has given her a particular interest in supporting Open Dialogue implementations in their specific context and culture. She has since been involved in Open Dialogue training and supervision in the UK, Italy, Australia, and Switzerland. She designed and led the Irish Open Dialogue training and created dialogic workshops for non-OD mental health staff. In partnership with Rai Waddingham as the Dialogue (R)evolution collaborative (www.dialoguerevolution.com)  she has designed and led Open Dialogue Training in Israel. She is also a trainer and supervisor on the ODUK Three year Open Dialogue Training in London.

A family member of a person with schizophrenia diagnosis and a trauma survivor herself,  Iseult is passionate about approaches to mental health that address collaborative and co-productive practices. She credits her involvement with the Hearing Voices Network and trialogues as challenging her previous ‘education’ and ethics and continues to seek opportunities to hear and learn from nonprofessional sources of wisdom. 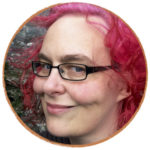 Rai Waddingham is an Open Dialogue Practitioner, international trainer and has experience of creating, establishing and managing innovative Hearing Voices Network projects in a range of contexts, including youth, prison, forensic, inpatient and community. She has personal experience of hearing voices, psychosis, trauma, self-harm and hospitalisation and blends knowledge gained through lived experience with that of practice and training. Prior to the 3-year Open Dialogue UK training in London, Rai had over 10 years of experience in facilitating dialogic spaces within the Hearing Voices Movement.

She has worked as an honorary practitioner within the first UK NHS team to implement Open Dialogue approaches within crisis situations. As a trainer, Rai has facilitated courses and workshops in many countries including USA, Bosnia, Serbia, Prague, Israel and Australia. Rai is engaged in research, currently undertaking a PhD in survivor/user-led grassroots organising in mental health. Rai is Chair of the English Hearing Voices Network and Vice Chair of ISPS UK. 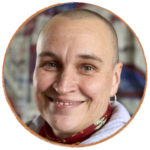 Andrea Zwicknagl is a peer support worker in the Open Dialogue based mobile crisis team at the psychiatric service Spital fmi in Interlaken in Switzerland. She finished the one and half year peer support training “Experienced Involvement“ in Bern 2015 and then started working at the psychiatric services in Interlaken. She was interested in Open Dialogue since seeing Daniel Mackler’s film in 2014, was part of the first one-year training in Switzerland by Volkmar Aderhold and collegues 2015/16 and since then is a regular participant in the international meetings for the treatment of psychosis. She helped spreading the word in the German-speaking area through talks and in-person contacts.

She is part of the Swiss Hearing Voices Network and a member of the board of the Swiss Mental Health Foundation Pro Mente Sana.

Evolving from regular contact with the International Institute for Psychiatric Drug withdrawal and work within the expert committee for Psychiatric Drugs of the German Society for Social Psychiatry, she founded the first trialog specific to the topic of reducing and stopping neuroleptics in Bern.

Starting with the Kickoff meeting in Rome in July 2019, Andrea is a member of the advisory board of the HOPEnDialogue project. Her motto is Mad Meaning Matters!